How to Teach Climate Change?

Gamification transforms how we learn about climate change 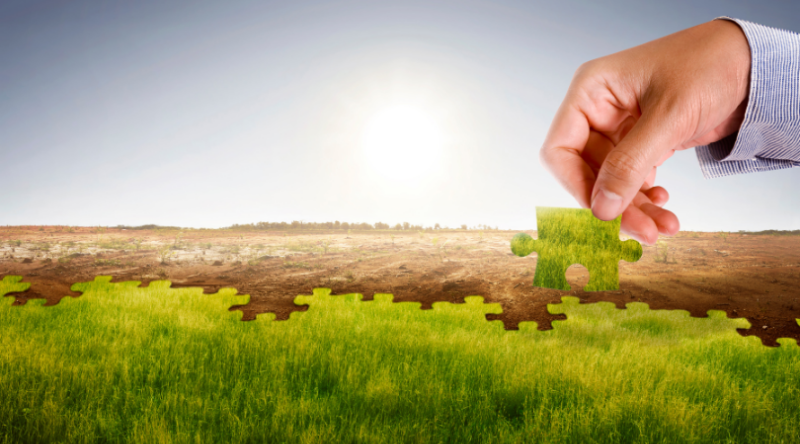 How about a carbon sphere instead of a sphere made of snow? The idea came from Karen LaMonte, an American artist living in Prague, who made herself a name exploring the natural world. The artist made several sculptures which are exact replicas of clouds, including a 130-centimeter-high cumulus cloud in marble – a robot-carved artwork based on scientific data.

Karen’s idea is just great: transforming a well-known object into a piece of art which explains climate change. What she does is to replace “snow” with carbon parts. The concept behind this idea is playing Climate Change games. For just teaching about complex interconnected systems like global climate change can be difficult.

Young people are the ones who will feel the effects of global warming as it progresses. It is thus crucial that they understand climate change. A Lab session can be the most effective way to show children how global warming works.

Ellie Schaffer is a sixth-grader at Alice Deal Middle School in Washington, United States. In her science class, she has done simulations on greenhouse effects, using plastic wrap to trap the sun's heat. She has also used charcoal to see how black carbon from air pollution can accelerate the melting of the ice. These lessons have raised her awareness — and concern. "We've ignored climate change for a long time and now it's getting to be, like, a real problem, so we've gotta do something.”

The New York Times introduces its readers to dozens of resources to help students understand why our planet is warming and what we can do against that. Interactive quizzes can be surprisingly effective. What do your students know — or think to know — about the best ways to reduce their carbon footprints? the NYT asks schoolteachers. In two Student Opinion prompts, The NYT invites teenagers to test their knowledge with a mini-quiz about good climate choices and one about how much their diets contribute to climate change. The article offers ground-breaking methods to teach about this complex topic. In another article you can read about a mathematical reading of car prices, emissions, and trade-offs. Students apply the familiar formula y=mx+b to a relevant real-world scenario: buying a car.

In Bratislava, Slovakia, artists created paintings in the local Zoo, to raise public awareness about biological diversity. They also made a movie about this project. Education about and awareness of the value and importance of biodiversity is essential to preserving our biological environment. The Bulgarian Biodiversity Foundation was also a sponsor of this short movie, titled Down to the Earth, made by our partners from Bulgaria. Further sponsors were the Sustainability Club of AUBG, the American University in Bulgaria – with the support of the U.S. Embassy in Sofia. “Enjoy this masterpiece highlighting the creation of the mural and the message behind it!”

This short movie posted by The New York Times is showing the disappearance of Lake Poopó, in Bolivia.

Climate change is a complex and often controversial topic that has even been a headache for Hollywood. The release of Adam McKay's Netflix hit Don't Look Up is dividing critics, but it certainly shows how the media addressess the very real threat of a looming disaster for planet Earth.

A post-apocalyptic sci-fi film by South Korea’s Bong Joon-ho is set on board of  Snowpiercer, a train, which travels through the Globe with what is left of humanity.

Princess Mononoke, a brilliant animated film about a young Emishi prince called Ashitaka as he finds himself in the middle of a war between the gods of the forest and the Tatara mining colony.

James Cameron’s Avatar, The Way of Water, released in 2022 over ten years of Avatar One, tells the story of the Sully family (Jake, Neytiri, and their kids), the trouble that follows them, the lengths they go to keep each other safe, the battles they fight to stay alive, and the tragedies they endure. The Way of Water can inspire you to connect with the beauty of the real world – before it's gone.

How can a movie affect our action on climate change? By reminding us of the beauty of nature under threat.

Visit our website and discover our fantastic mobile app, and board game! Game On has a mobile application too: the Climate Game, where you can track your carbon footprint and collect points for tracking. Game On developed a board game, Terra Futura. Terra Futura is an engine-building card game with the theme of climate change and its impact on Europe and the global South. It was created under the "Game on! Do not let climate change end the game!" project, under the leadership of Czech partner Na mysli. In the Terra Futura game, long-distance trade is represented by money tokens. However, did you know that paying with money also contributes to the pollution of the planet? The current global economic system is based on the principles of growth and profit maximization. As a result, the pressure for greater production is constantly increasing. This system does not respect planetary limits, has a negative impact on the environment, increases inequalities in society, and is therefore unsustainable in the long run.  It carries a huge burden in the form of pollution, emissions, biodiversity loss, and exploitation of the most vulnerable people on the planet, who work in substandard conditions and often do not receive a decent wage for their work.

And finally, invite students to analyze and share their thoughts

Climate Anxiety is a real thing among children, and the best therapy for them is to write about their feelings. Let’s help them have a happy and fearless childhood!

Climate changes the world and we need journalists to write about it
January 25, 2023
How does climate anxiety work? Slovak young ambassadors met with a psychologist
January 25, 2023
Police evict climate activists from German village slated to become a coal mine
January 18, 2023
Carbon Negative Art, or How to Make Art Sustainable?
January 3, 2023
The World Cup in Qatar (not only) from the viewpoint of climate law
December 20, 2022
Your Game On Holiday Tips
December 19, 2022
Circular economy – The only solution against plastic waste from food delivery
December 15, 2022
All about what we accomplished around COP27 with Speakers tour and lobby meeting
December 8, 2022
Speakers Tour in Prague
December 8, 2022
Electric cars – Are they really as eco-friendly as we think?
December 7, 2022