Build a planet of the future with a self-sufficient economy. Terra Futura is a fast yet strategic game in which different ways lead to victory. But a messy game can easily stop you!

Terra Futura is an engine-building card game with the theme of climate change and its impact on Europe and the global South. It was created under the "Game on! Do not let climate change end the game!" project, under the leadership of Czech partner Na mysli.

Board games are usually much more than just fun and competition. Board games can teach us about consistency, prompt reactions and strategy. They can help us learn and thoughtfully move forward towards the main goal of all games: to win. But also, they can show us a lot about ourselves, about our strengths and weaknesses.

Therefore, one of the goals of Game on! was to create a board game with the theme of climate change and its impact on Europe and the global South. A game to address a wide audience that has been translated into all project languages — English, Bulgarian, Czech, German, Hungarian, Latvian, Lithuanian, Romanian, and Slovak — as well as French and Polish.

Terra Futura versus the reality

In the Terra Futura game, long-distance trade is represented by money tokens. However, did you know that paying with money also contributes to the pollution of the planet? The current global economic system is based on the principles of growth and profit maximisation. As a result, the pressure for greater production is constantly increasing. This system does not respect planetary limits, has a negative impact on the environment, increases inequalities in society, and is therefore unsustainable in the long run.  It carries a huge burden in the form of pollution, emissions, biodiversity loss, and exploitation of the most vulnerable people on the planet, who work in substandard conditions and often do not receive a decent wage for their work.

Global transport is not only inextricably linked to the functioning of the global economy, but also to the well-being of society. However, in its current form, it is also one of the main sources of environmental burden, contributes to climate change, and has a negative impact on human health.

Pollution is caused in a variety of ways in both Terra Futura and reality. The scale of the environmental costs of producing goods for our daily consumption often remains hidden. Industry produces a lot of wastewater or cooling water full of toxic substances and is thus the main pollutant of both watercourses and the air. Industrial production in agriculture contaminates and degrades soil and water resources with large amounts of pesticides, ammonia and other fertilizers. One of the solutions for reducing the burden on the environment is to reduce the volume of mined minerals to a minimum and use them more economically. This can be achieved, among other things, through recycling and the increased use of secondary raw materials.

Some cards in Terra Futura do not produce pollution — they represent a technology based on the principles of sustainable management and clean energy. The timely and fair transformation of energy is extremely important, as it is the key to averting the catastrophic effects of climate change and increasing inequality. Renewable energy sources include, for example, the use of energy from water, wind, solar radiation, biomass and biogas, environmental energy used by heat pumps, and geothermal energy.

The "pollution absorption" effects of some of the cards in Terra Futura can symbolize responsible waste management. Unfortunately, in reality, a large amount of waste ends up in landfills, although almost ¾ of it could be recycled and reused if properly sorted.

We live on a planet with limited resources, and we should try to make use of materials as efficiently as possible. One feasible solution is the so-called circular economy, which is inspired by natural, perfectly closed cycles without waste and applies to our economic system. 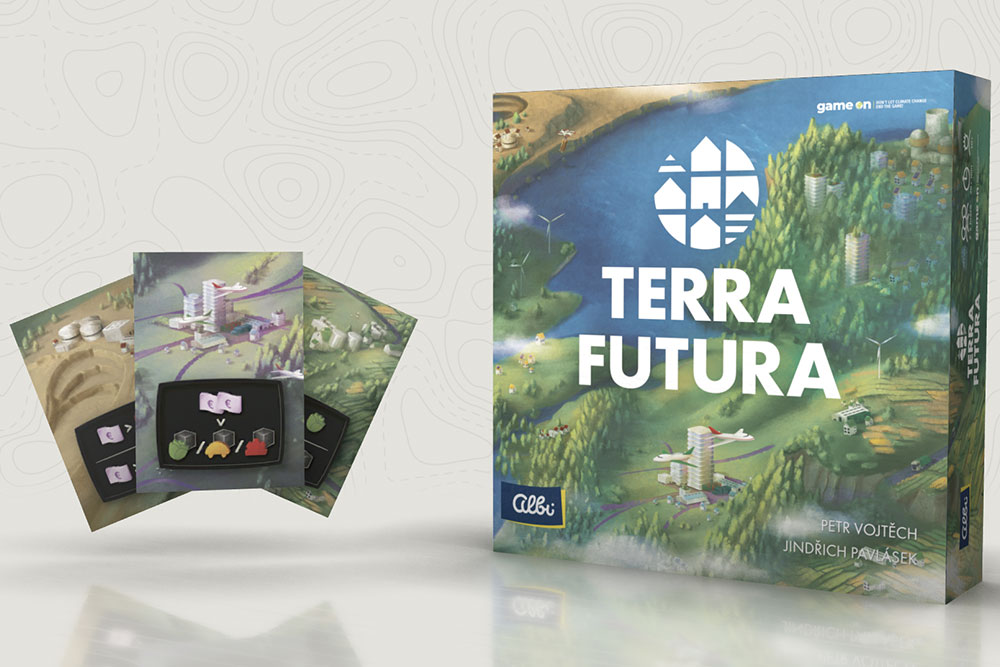