Six youth events organised by the Latvian Fund for Nature on nature and climate issues have taken place. 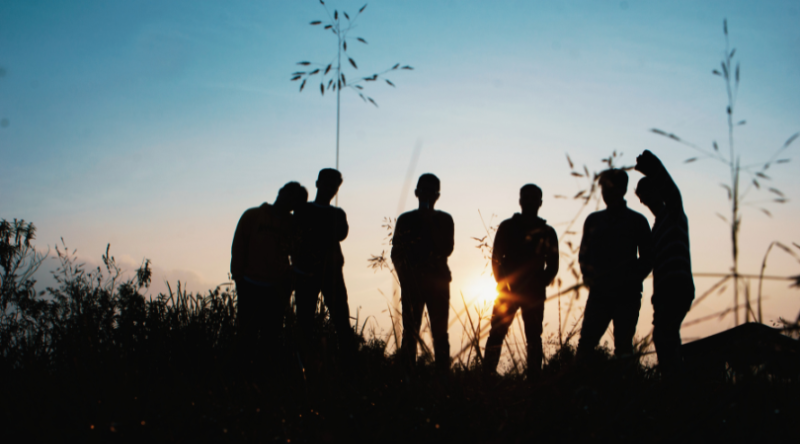 Project “Game on! Don't let climate change end the game!” – the possibility to meet like-minded and experts! Six youth events organised by the Latvian Fund for Nature on nature and climate issues have taken place.

Within the framework of the project “Game on! Don't let climate change end the game!”, from late April to early September the Latvian Fund for Nature has organised six various youth events on nature and climate issues by providing the possibility to meet like-minded people and to learn, through entertainment and educational activities, something more about climate activism, zero-waste lifestyle and other issues.

The youth event cycle was opened with a tabletop game evening on 21 April in Auce Youth House “Complete Space” by playing the game “Terra futura” which was developed within the project. The game was created with the aim of showing how human activities influence the climate change.

On 28 April, a conversation evening was held online with participation of creators of the podcast “For Green Life” – Rūdolfs Kivlenieks, Līna Auste Putāne, Ieva Apšiniece and Amanda Ludborža. The discussion was moderated by the “Youth+ Latvia” organisation’s representative Anna Liene Brokāne. The authors of “For Green Life” told the listeners about the intention to make the podcast and the arrangement of the process, then proceeded to discussing the importance of following the policy related to environmental issues and of engaging in this policy-making. In the conclusion of the meeting, the participants inspired each other for a more climate-friendly lifestyle to ensure that our daily activities have as small of an environmental footprint as possible.

On 15 May, the Latvian Fund for Nature organised a walk for the youth together with nature photographers in the picturesque forests of Līgatne. The event was lead by Agnese Zeltiņa, while photographing secrets were revealed by photographers Jānis Zilvers and Kārlis Buškevics. The youth not only witnessed a fruitful discussion between the photographers and received various recommendations on how to make good pictures but also familiarised themselves with the beautiful value of nature – the forests of Līgatne.
On 28 June, the event “The Burning Plate”, or master class with Dita Lase who is the chef and manager of the vegetarian school “Vegus”, took place. At the beginning of the evening, Dita Lase told about which products are not climate-friendly and why one should reduce daily meat consumption. Later during the event, the youth, together with the chef, prepared three vegan meals – kitchari, chickpea pies and chickpea meringue with caramelised fruit, thereby gaining ideas on how to implement more climate-friendly actions and supplement their diet while also gaining new practical experience.

The event “Afternoon at Lastādija Culture Quarter” took place on 4 August. There, representative of the Lastādija territory Anna Gra brought the youth for an excursion during which she told about the organisations hosted in the territory and revealed interesting spaces in the basement of the building. While during the second part of the event, by continuing the idea launched during the discussion festival “LAMPA”, a quick “green” date with model and TV moderator Māra Sleja took place. The visitors of the cultural afternoon asked Māra about sorting organic waste in a city, daily “green” habits and civic activism in the expectation of elections.

While on 5 September, in the renowned Āgenskalns market territory, a cinema evening was organised showing the short documentary “Mind Your Step”, during which the film-makers Kaspars Alksnis and Nils Jansons answered questions about the film. The main character of the film is one of Latvia’s most prominent names in the extreme sports field – the professional roller-skater Nils Jansons. The film not only tells about the daily life of the sportsman but also thematises the climate crisis.

The events were organised within the framework of the project “Game on! Don't let climate change end the game!” implemented by the Latvian Fund for Nature and other partners with the aim of deepening the youth’s understanding of climate change and how individual actions can facilitate a sustainable and climate-friendly development, as well as inviting the youth to get involved in the “climate game” to become climate activists. The events provide the possibility to meet and be inspired by like-minded and well-known persons and educate oneself on nature and climate issues.