Members of National Society of Conservationists (MTvSz) – Friends of the Earth Hungary and 3 of its young ambassadors travelled to Glasgow to take part in COP26 and various action events. 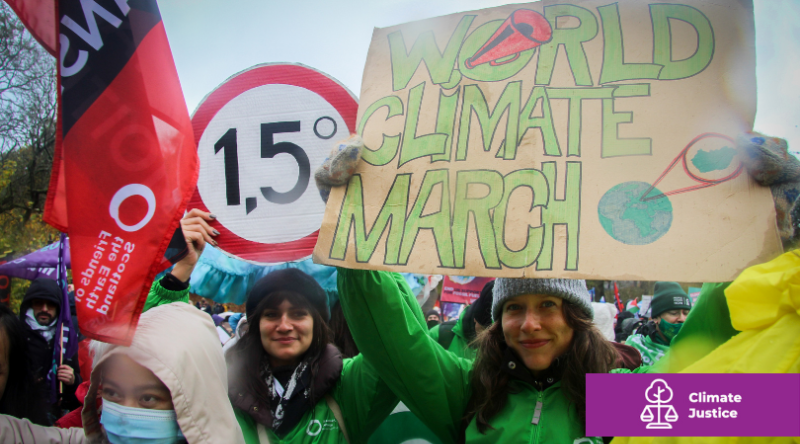 Saturday the 6th was the Global Action Day when more than 120 000 activists marched across Glasgow's streets for 4-5 hours, in order to put pressure on politicians and large corporations as well to abide by the goals of the Paris Agreement.

They marched as part of Friends of Earth International with many of its international branches taking part. In addition to the protection of nature, many other causes were presented such as the protection of the rights of indigenous people, gender equality, climate justice and systematic change. Activists joined from various countries around the world representing many cultures.