What habits should be kept after the quarantine is over?

Due to COVID-19 virus spread, the lockdown was introduced in many countries of the world. Transport has stopped, economic growth slowed down, the only thing that is growing at the moment is the unemployment rate. Governments must take measures to revive the economy while ensuring social services for their citizens. Of course, everyone lacks funds, and in this situation we sometimes hear the opinion that we should postpone our environmental goals and liabilities (such as the ban of disposable plastic in some countries). Also some people suggest postponing the implementation of the Paris agreement which means postponing the fight against climate change. Guided by such opinions we can easily leap from human health crisis to climate crisis. In this article we look at some of the new habits that we were all forced to acquire and which of them should be kept to minimize your individual impact on climate change. 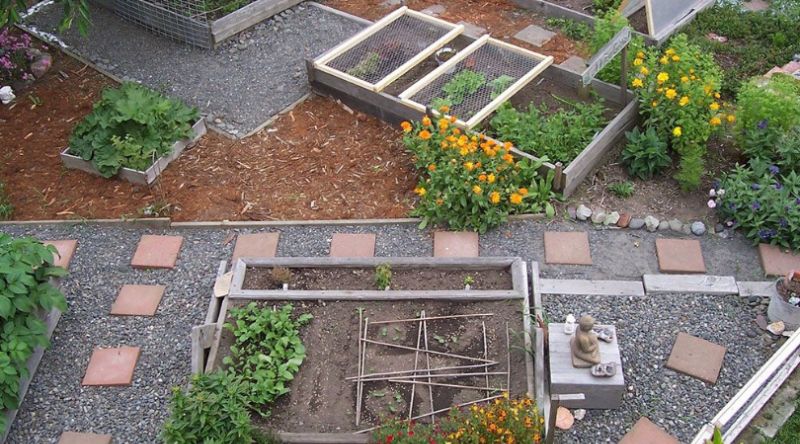 Czechs fear climate change the most

The national broadcaster of the Czech Republic had recently conducted a public poll about the greatest fears of the society and its results were surprising. As warm climate is now common in Czech Republic, citizens fear droughts and climate change more than they fear the new coronavirus. 54 percent of the survey respondents fear climate abnormalities and 36 percent are scared of the next coronavirus outbreak.

European Union had offered a „Green Deal“ plan as a way to recover after the crisis. This plan should help to fight climate change, because sectors, which are sustainable, save or recycle resources would be prioritized when allocating funds.  The president of the European Commission, Ursula von der Leyen says Europe should be the leader in the battle with climate change – and every European could be a part of those changes. „Green Deal'' sets the ambition for Europe to become a „carbon neutral“ continent by 2050. This means that there won‘t be more greenhouse gasses emitted than can be absorbed by trees and peatlands naturally. This  aim won‘t be reached simply by protecting the wildlife and species – it requires investing into green energy and technologies, investing into a circular economy, reclaiming and reusing materials and mending appliances instead of buying and consuming new ones. 17 European environmental ministers had signed to follow the „Green Deal“ plan, but the Lithuanian minister was not amongst them.

Which quarantine habits should we keep when it is over?

COVID-19 pandemic had shown that in confrontation with a big threat we can quickly change our way of living. When all economies slowed down and planes and cars turned off their engines, less CO2 gas was exhausted into the atmosphere too. Some of the factories produced less goods or shut down temporarily.

Nevertheless, experts say that in the long run this drop of exhaust fumes wouldn‘t make a more significant impact in fighting or stopping climate change. Unless we decide to keep some of the habits we‘ve developed during the quarantine in our everyday life.

For example, Lithuanian pedestrian association has written an appeal to Vilnius municipality, asking to make Vilnius old town only pedestrian zone. Municipality announced that four streets of the old town would be dedicated for pedestrians and cyclists only. But what about the other streets? The president of the association, Silverstas Dikčius, is concerned that due to the fact that Vilnius now allows cafes, bars and restaurants to put up their tables on the streets, there will be not enough space for pedestrians, cyclists and electric scooter drivers to bypass each other safely. He reminded that other European cities had already banned motor vehicles in town centres merely because of this reason – they prefer to let pedestrians and cyclists pass each other safely (not only because of the risk of accidents, but also of the danger of spreading the virus). Pedestrians ask to have this ban at least during the summertime – when there are significantly more cyclists and scooter drivers in the old town streets.

The coronavirus crisis also taught us a new attitude towards our work: when employees started to work from home, some of them realized they would be happy to stay there. The public opinion poll company „Kantar '' asked people about their work environment after the quarantine  – one fifth responded that they were going to keep working from home. During the pandemic, 61 % of  Lithuanians active in the labor market worked from home and 16 % plan to keep working this way. In Latvia, our neighbor country, 18 % people plan to stay at home. This cuts down the amount of gas that is emitted during daily commutes. Ability to work from home usually depends on the employer's attitude, but through this period they could see whether the productivity of the employees dropped while working from home or stayed the same.

What can you do?

As we’ve mentioned, Lithuania’s politicians are not willing to support fighting the climate change initiatives announced widely in Europe, and that means we must remind them about the problem.

Although some fragmentation in the society is noticeable, this crisis also caused a wave of community help and solidarity. This can led to more people of various generations taking action against the climate change, because they begin to understand the causes of climate change are also the ones fueling the spread of new viruses and pandemics.

Firstly, join a climate change movement. A scandal that quickly rose after Minister of the Environment Kęstutis Mažeika had approved the new hunting rules, has shown that the more society questions decisions of politicians, showing it‘s disapproval on the specific topic or decision, the more actions and changes are made in the legislation. Join the protests of young people at „Fridays for Future'' group, follow the news on new Lithuania‘s climate change project „Klimatosūkis“ site and post your opinion on social networks.

Secondly, when the threat of virus striked, the food production supply chains started to crack. This can encourage people to grow some production themselves, maybe – eat more plant based food. If you want to help your country‘s businesses to recover, buy from local farmers. And guess what – this will help to tackle climate change, because when products are not transported a long way, less CO2 will be emitted to get food on your table. Also, if you can, eat less meat, because growing livestock is responsible for 14 % of the world’s CO2 emissions. And the last thing – eat everything you’ve bought or buy the exact amount you can eat! Rotting products also emit gas associated with the greenhouse effect.

Third, the climate change is affected by the gas exhaust from cars. But during the pandemic we found out that we can travel less and discuss our work via conference calls. Maybe we can keep some of these habits after we are set free? Try going to work on foot or by bicycle at least, and if you get tired – hop on the bus.

Speaking about vacation – some time will still have to pass until we can fly to the desired country. By then, maybe try trains or busses to visit neighbor countries, such as Latvia and Estonia? If you‘re planning to visit some place in Europe, maybe it‘s even more interesting to travel by train, visiting some more places on your way? Of course, it wouldn‘t always be convenient, but once in a while – maybe you‘ll enjoy this way of travelling?

Fourth, while working from home, you may have noticed that some days it gets rather cold indoors. Take time to isolate your house and find a price wise solution to cool it, because there‘s a possibility you have to stay at home more than usual in the nreaest future. Summer is a good time to isolate your house, because the energy needed to heat up all the residential buildings in Europe makes up 36 % of greenhouse gas emissions.  Moreover, when the temperature rises, we need to bring down the temperature indoors and it requires even more energy than heating. Search for the news about house renovation programs funded by the government, try to find out what more sustainable ways to heat or cool your house or apartment could be used.

Fifth, when working from home we were using our own electricity instead of the one provided by the company. Did your bills grow because of this? Find out what appliances are the biggest “energy eaters” at your house. Now the government is funding installation of solar panels on residential houses’ rooftops. If you do not have the opportunity for such investment, there are many gadgets that could charge your phone, light up your garden or the balcony solely on solar power. Check them out on the internet and try to power at least some of your devices with renewable energy.