The privilege of Protest

A virtual discussion between young climate movement activists from Honduras and Germany. 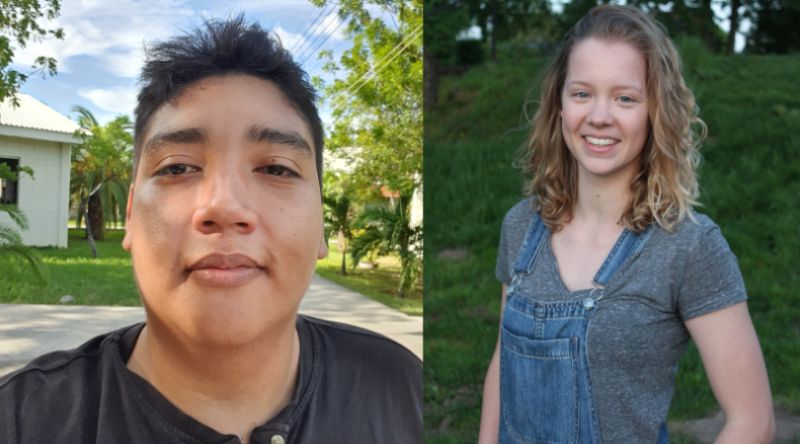 Honduras is one of the countries that is worst affected by climate change. Even now, periods of drought and extreme weather phenomena threaten the livelihoods of many people. In Germany, the impacts of climate change are less noticeable, but awareness and climate movement protest are steadily growing. We spoke to Adan Orlando Rivas Lozano, from Honduras, and Carla Reemtsma, from Germany, about their motivation, their demands and their forms of activism in the Global South and North.

Carla, you founded the Fridays for Future group in Münster, and are very active as spokesperson and organiser of the nationwide climate strikes in Germany. What motivates you?

Carla: I was triggered into action by the speech Greta Thunberg gave at the climate conference in Katowice and the large number of climate strikes that were then organised. In view of the dramatic nature of the climate change crisis and the short time left to us to act, we cannot accept that politics and economy continue to disregard the crisis.

Adan, how was it with you?

Adan: I became active gradually, the more I saw how my environment was changing. I believe that we can bring about change and that we need not simply stand and watch as our climate changes.

Both of you call for compliance with the Paris Agreement and ambitious climate policies. How do you express your demands?

Carla: In Germany, the Fridays for Future movement thrives on its large demonstrations, a form of protest that usually enjoys state protection. Some criticise the fact that pupils and students demonstrate on Fridays, instead of going to school or university, but we also receive a lot of encouragement from the media, society and politics. Other groups belonging to the climate movement choose more radical forms of protest, such as occupying coal excavators. As long as the government continues to make such disappointing decisions, both are needed: not only forms of protest with mass support but also those that peacefully emphasise the urgency and drastic nature of this crisis.

Adan: To me, it is inconceivable that your demonstrations in Germany enjoy police and state protection! In Honduras and other Central American countries, protests are repressed, personal details are taken down, and there are arrests, injuries and even deaths. The organisers face imprisonment. We have a strong will and want to get involved, in spite of the restrictions. This is why we need new, less radical forms of protest in Honduras. For example, we undertake educational work on environmental and climate change issues in the context of cultural activities such as plays or painting workshops.

Carla: And do you receive encouragement from society for your actions?

Adan: Only to a certain extent, because most people’s fear of the government is greater than their desire to protest. I admire people who have the courage to oppose the government.

Carla: I also find it inspiring when people facing much greater resistance than here in Germany manage to pursue relevant climate environmental activism with much fewer resources and a much smaller community. For example, we are in close contact with Hilda, who set up Fridays for Future in Uganda and is incredibly and convincingly motivated. I have great respect for the fact that you work tirelessly in spite of these challenges, Adan.

Adan: The will to act becomes stronger, the more perceptible the effects of climate change become. Countries in Central America are rich in resources that are worthy of protection, animal and plant species, as well as traditions and wisdom that must not fall prey to the concept of growth.

What does climate justice mean to you both?

Carla: Bearing in mind that the industrialised and economically strong countries in the Global North are historically responsible for the majority of global greenhouse gas emissions, climate change mitigation must be addressed internationally. These countries must recognise their major responsibility in the fight against the climate crisis and support other countries that are affected more strongly, such as by providing financial resources for climate adaptation measures.

Adan: Yes, the industrial nations urgently need to reduce their greenhouse gas emissions, which are many times higher than in Honduras, for example. We primarily view climate justice as a social movement, and call for greater equality with regard to the distribution of natural resources. In Honduras, sections of the population are constantly being displaced from their living environment. This must end, and it is important to protect the livelihoods of all people. I hope there will be other opportunities to share ideas on these important topics and that we can continue to build links between our countries.

Carla: Exactly! Here in Germany, we need to recognise, more than ever, that it is a privilege to be able to make your views known! That’s why we should use our voices to make sure that the concerns of the Global South, hit hard by climate change, are heard and to draw attention to the criminalisation of activists.

Aged 22, studies Politics and Economics in Münster, where she established the local Fridays for Future group in 2018. She is also a spokesperson for the nationwide climate strike. Millions of people take part in climate strikes around the world and call for compliance with the Paris Agreement.

Aged 25, from San Lorenzo, Honduras, is a primary school teacher and aquaculture and marine/coastal resources engineer. He voluntarily implements educational projects and is engaged in the protection of mangrove forests and sea turtles.