The future of the „Kenderföldek” Tihany

FoE Hungary challenged the decision of the Government Office in an administrative lawsuit. 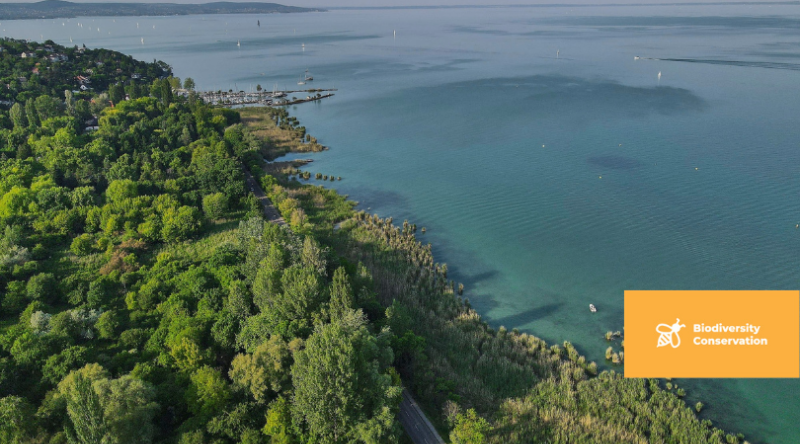 The municipality of Tihany is planning to build a visitor centre on the wooded area near the river in the framework of the town's tourism development. The area would include pavilions, car parking, a bus park, and a market square - after the trees have been felled, at the expense of green space. In July 2021, the Veszprém County Government Office decided in an environmental procedure that this intervention will not cause significant environmental impacts and therefore no impact assessment is required. The National Society of Conservationists (FoE Hungary), on the initiative of local conservationists and citizens, challenged the decision of the Government Office in an administrative lawsuit.

The court ruled in favour of the NGOs: it annulled the decision approving the investment and ordered the Government Office to re-examine the decision in a repeated procedure, after obtaining further data, to determine whether the implementation of the facility could have significant environmental impacts.

As the interpretation of the decision and its consequences has already started, they consider it important to make the following points:

The court did not reject the investment but ruled that the permitting process for the investment was inadequate and should therefore be re-conducted. Issues such as how the water regime in the area will be changed by the construction of the buildings, how the protected landscape of Tihany will be affected by the placement of the iron and concrete buildings, and whether the loss of habitat that will affect the 71 different species of birds that currently occur in the area is acceptable. The court also ordered the investor to review the entire climate chapter. As the development will require significant public money, it is in no one's interest to make a decision without a satisfactory answer to these questions, which could lead to irreversible environmental changes.

The area should indeed be addressed, there is no dispute about that. First and foremost, it should be looked after. Deliberately or not, in recent decades, illegal landfills, areas filled with construction debris two metres high, unfinished roads, have appeared in small and large areas. However, this is not a reason not to address environmental concerns. Moreover, how could the fate of a nationally protected nature reserve in a prime tourist location have turned out so badly?

The NSC (FoE Hungary) were aware of these facts when they brought the action, which is why they decided to bring the action in the first place, in order to help develop a concept for the use of the site that is in harmony with nature, but also beneficial from an ecotourism point of view, taking into account the characteristics of the site.

One of the reasons for the need to develop the area is to free the Tihany hinterland from motor traffic. It is important to note that a large capacity car and bus park capable of serving a similar purpose has been available in the vicinity of the site for decades. This car park is suitable to serve the trial operation of the transport concept, including environmentally friendly public transport. It is believed that the parking to be provided in the area has no relation to the number of vehicles passing through the municipality, as they use the ferry as a means of transport to shorten their journey and do not wish to stay in the municipality.

Since the documentation for this phase of the Balaton Gate Project does not contain any quantifiable data on the composition of the tree population in the area and the location of the trees, we consider the statement that only invasive green maples would be felled to be exaggerated and unenforceable. The filling required for the project would indirectly destroy a large part of the tree population on the site, but this and the associated loss of habitat is not anticipated in the documentation. We understand the intent to rehabilitate the waterfront areas planned in subsequent phases, but we miss the need to address the entire planning area together in the permitting process.

They hope that future planning of the area will be done with the information and involvement of the local population and NGOs, in compliance with the legal requirements and taking into account nature conservation aspects, and that the National Society of Conservationists will provide all possible assistance.