The Climate Crisis is a Global Justice Crisis! 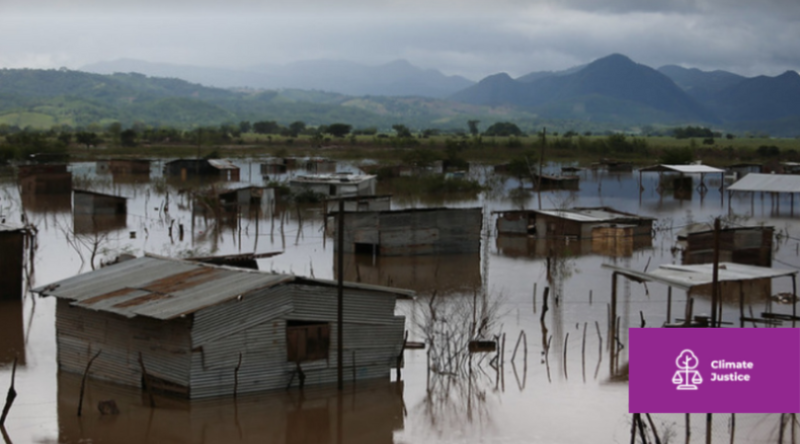 For the people of the Central American countries of Costa Rica, El Salvador, Guatemala, Honduras, Nicaragua and Panama, extreme weather events have long been a bitter reality. Central America is one of the regions in the Global South that is most affected by the drastic impacts of human-induced climate warming and has the least to counteract them - but at the same time bears the least responsibility for the global climate crisis. The main polluters (historically and until today) are the (industrialized) countries of the Global North.

How particularly affected countries and regions can be supported by the international community in dealing with climate-related, no longer avoidable losses and damages has long been a (controversial) topic of the international climate negotiations under the United Nations Framework Convention on Climate Change (UNFCCC).

This expert discussion aimed at making the dimensions of climate-related losses and damages and their concrete impacts for the Central American population more known. Following up on this, the demands and solution approaches of civil society in the Global South in the fight for more climate justice and in dealing with loss and damage were discussed. In addition, the event emphasized the necessity of giving equal consideration to loss and damage as a third pillar of international climate finance in a dialogue with political decision-makers. This expert talk allowed us to take stock of whether progress has been made in this regard during the Bonn Climate Change Conference (June 6-16) and what goals the German government will pursue during COP27.

The event was organized by the following member organizations of the Central America Roundtable (RT-ZA):