In the past 75 years many flowers started raising the level of ultraviolet (UV) pigments in their petals. 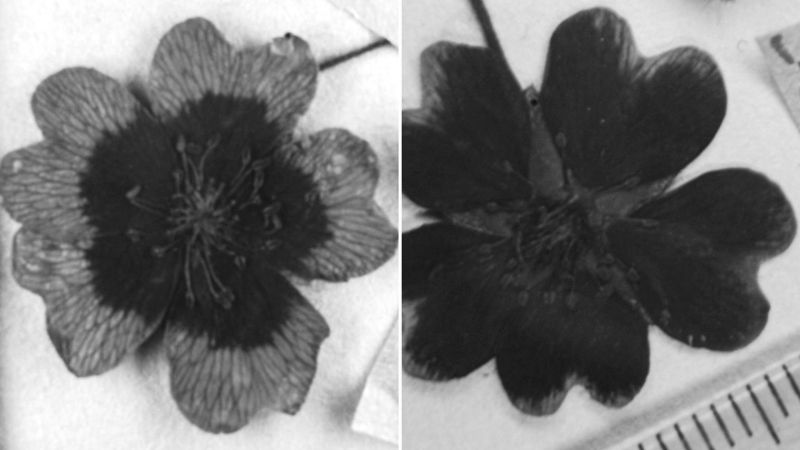 Scientists who studied the effects of climate change on animals proved that a small change in timing can have severe consequences. Earlier springs that accompanies climate change has led to birds shifting their breeding time, and nesting earlier with days in the past half-century, in case they were able to keep up with the rapid change in the environment.[1] Other animals weren’t so fortunate. Global warming had a negative effect on the breeding success of the European roe deer since the increasing mismatch between the abundance of food and their breeding time caused increased fawn mortality in recent years.[2]

A new study revealed that climate change affects not only the behaviour of animals but also plants.

In the past 75 years, plants tried accommodating the increasing temperature and declining ozone by changing the number of UV pigments in their petals. Matthew Koski, a plant ecologist from Clemson University said that while these pigments are invisible to the human eye, it serves as a sort of sunscreen to the plants and has an important role in attracting pollinators. As harmful it is to humans to be exposed to UV radiation, pollens on plants also need protection. The more UV absorbing pigments their petals contain, the less harmful radiation gets to the sensitive cells.

Koski and his colleagues previously found that flowers exposed to more radiation, usually growing near the Equator or at higher elevations, had more UV pigments in their petals. Therefore he wanted to know whether the damage in the ozone layer and changes in temperature has any effect on the number of pigments in the petals.

To bring this to light, Koski and his colleagues examined many plant collections from all over North America, Europe and Australia dating back to 1941. They examined 1238 flowers from 42 different species. They also collected fresh samples from the natural habitat of these flowers and photographed the changes in UV pigments with a UV-sensitive camera, after which the data was matched with the local ozone levels and temperatures.

The study found that between 1941 and 2017 there was an average 2% per year increase in the UV pigments of the flowers. But this change also depended on the appearance of the flower. In saucer-shaped flowers, such as buttercups, where pollens were more exposed to UV radiation, the number of pigments increased when ozone levels went down and decreased where the ozone levels went up. On the contrary, flowers with concealed pollens by their petals, like common bladderwort, decreased their pigmentation where temperatures were high, even if the ozone levels were increased or went down.

Charles Davis, a plant biologist of Harvard University, served a simple explanation to the ones above. He claims that the pollens concealed within petals already have natural protection, since petals are protecting them against UV radiation, whereas increasing UV pigmentation would only lead to a „micro-greenhouse” effect, trapping heat between the petals, and the pollens would eventually get „cooked” and become infertile. Therefore, by reducing the number of pigments in this case, the flower tries to absorb less radiation and trap less heat within the petals.

Even though these pigments are invisible to the human eye, pollinators such as bees, or hummingbirds recognize them right away. Most pollinators prefer the „bull’s eye” pattern, Koski says: UV-reflecting petal tips and UV absorbing pigments in the centre of the flower. Scientists don’t understand the special appeal of this pattern, but they think it’s possible that the contrast between the edge and centre of the flower makes the flower more visible to pollinators, or these pollinators identified the known connection between contrasting UV pigmented flowers and more viable pollen.

Even the UV absorbing pigments have a cost for plants. Koski says that those flowers, which contain less of these pigments, are more outstanding to pollinators, whereas those that increase their pigmentation, may lose the contrast mentioned above and become less attractive to pollinators. Eventually, these pigments may protect the pollen, but at the same time, they can shield them even from the eye of the passing pollinators.

Plant-pollinator interactions are disrupted by not only the indirect consequences of elevated pigmentation but by other effects of global warming too. In the past decades, growing annual temperatures caused plants to bloom earlier, but their pollinators couldn’t keep up with the asynchrony between the abundance of their food occurring earlier every year and the hatching time of their offsprings. Thus plants don’t get pollinated properly, and pollinators are left hungry without food.