In the name of digging for coal

Forests had to be cleared, agricultural land has been abandoned and graveyards have been emptied, all in the name of digging for more coal. 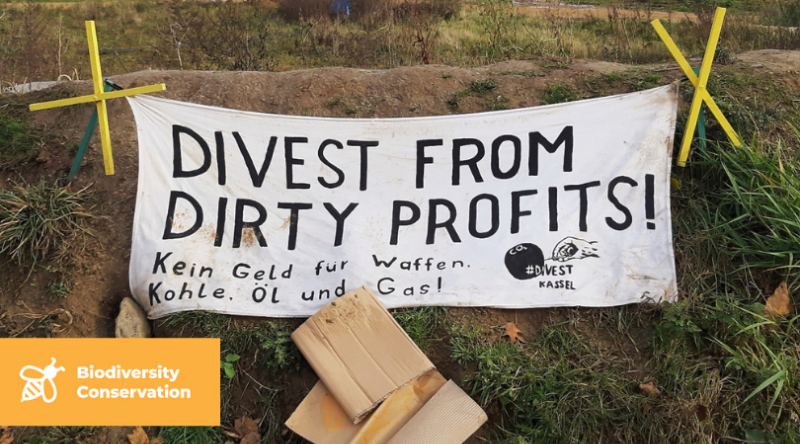 In the name of digging for coal, German villages threatened by open-cast mines

Forests had to be cleared, agricultural land has been abandoned and graveyards have been emptied, all in the name of digging for more coal. This is the faith of more than a dozen German villages that were swallowed by the Garzweiler coal mine.

For decades, RWE - a multinational power company, was able to do so to make way for its coal mines. The Garzweiler open cast coal mine, located in the state of North-Rhine Westphalia in Germany, is expanding and is already one of the deepest and widest man-made holes in Europe.

This is all developing while the COP26, the UN climate change conference, is currently taking place in Glasgow. Despite that it is the second-largest consumer of hard coal, Germany is one of the countries, which have pledged to stop burning coal by 2038, and is discussing an early coal exit by 2030.

More new opencast mines were opened and with the rapid development of mining machinery, the open pits have become bigger. Around only one of the pits alone, more than 750 sump pumps are in use to prevent the mine from sinking. At the same time, they lower the groundwater level in the wider area while trees suffer from the lack of water and entire forests are being damaged. Lignite is often mined in huge open-cast surface mines and after the coal has been extracted, the soil is replanted, but the landscape is altered.

Family homes have been torn down and villages had to be sacrificed to be flattened for the mine. The small village of Lutzerath, located right on the edge of the Garzweiler open-pit mine, was once a close community but many of its citizens have sold their land to RWE and left it.

Eckhard Heukamp, a 56-year old farmer, is the last villager in Lutzerath, who refuses to sell his family’s land that could be wiped away to allow more digging for coal.

The village of Lutzerath now is almost completely empty. It is almost a ghost town, where you can see the abandoned houses and haunting streets. The faith of Heukamp’s family land will be decided in court. This would show if Lutzerath will be the latest village to disappear because of Garzweiler’s coal mining as several others may follow in its footsteps.

As many have slowly moved out of the hamlet, dozens of activists have moved in to protest against the company’s plans. For more than a year, they have been living and fighting in Lutzerath to prevent that the village falls victim to RWE’s plans to destroy it so the company can continue to extract and burn lignite.

This is not the first demonstration against RWE, since 2012 activists have been fighting to save the Hambach Forest, which was planned to be cleared as part of the Hambach surface mine, owned by RWE. The company has argued that removing the forest was necessary to meet the country’s energy needs. To protect the forest from destruction, activists not only organized demonstrations, but they occupied the forest five times by settling in it and living in treehouses. In 2020, the preservation of the Hambach Forest was agreed upon by the German government.

This article was written after an excursion to the Garzwille mining site, the Hambach Forest, and the village of Lutzerah – part of the European Climate Camp that took place in Solingen, Germany. The camp is part of the“Game on” project.