Activism does not always take the form of a protest. 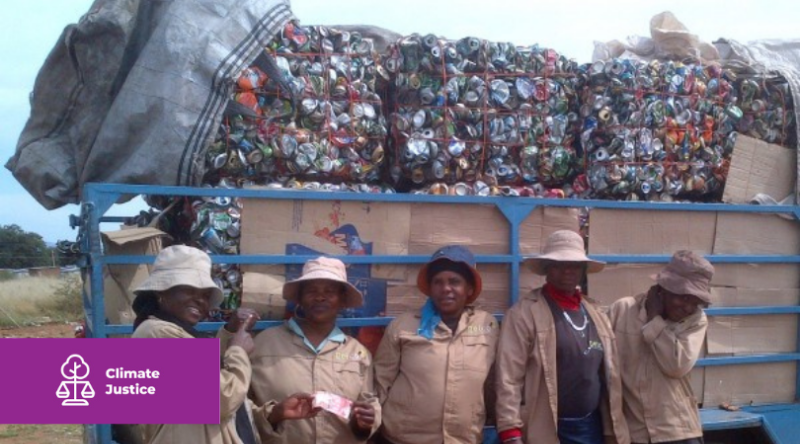 When thinking about environmental grassroots activism, most examples that spring to mind are in the Global North, most notably Greta Thunberg’s School Strike for Climate or any of Extinction Rebellion’s recent initiatives in the United Kingdom.

However, there is another aspect to activism and climate justice that is building a force in recent years and that is the more latent activism of community groups in the Global South. Activism does not always take the form of a protest – a form of activism may be creating something that makes a difference in the community and will aid efforts towards achieving a fairer and more equal society.

There is a huge equality gap between the Global North and the Global South which is hugely visible when it comes to issues around sustainability and the environment. We are aware that the biggest polluters with the biggest carbon footprints are the wealthiest nations but ultimately those who are impacted the most are developing countries who in reality emit less; thus it is particularly important for those countries to work on adaptation and mitigation despite often having less resource to deal with these issues.
South Africa, one of the five major emerging economies which constitute the BRICS, participates in international agreements such as the Paris Agreement but as a developing country is still a country where inequality rates are some of the highest in the world. Public funding from the government which focuses on sustainable initiatives currently supports mainly larger-scale projects which do little to address these inequalities. In a country with a high amount of low-income and low-qualified workers, more needs to be done to support them especially considering that they are the ones that are most likely to feel the impacts of climate change. At the heart of change lies the waste sector which is where a lot of the social, environmental and economic challenges can be seen. South Africa is experiencing a waste crisis and according to a report by the Department of Environmental Affairs (DEA) from 2018, only 10% of the waste in the country is recycled. That means that 90% of the waste or about 90 mln tonnes are dumped in landfills, a large part of which is expected to be completely full by 2025. This will further exacerbate the huge health inequalities in the region, which is likely to result in a huge health crisis.
However, despite a lack of coherent action from the government, communities are gearing up to respond to the challenges posed by the waste crisis. There is a growing informal sector that is based on community action and small scale initiatives.

The Thinana Co-operative in Senwabarwana (Limpopo, South Africa) was originally set up by five women who started collecting recyclable waste such as used plastic bottles, cans and glass in their village with donkey carts and trolleys. They had no protective equipment and operated their cooperative from the dumpsite in their village with little to no access to markets to sale the waste to. They started their journey like this in 2009 and five years later, in 2014, they had managed to gain support and grow in a way that resulted in them setting up an enterprise in 2014. The ladies partnered up with the P.E.A.C.E. Foundation, who supported them in their efforts and helped supply them with the much-needed collection trolleys and even a manual baling machine. The possibility for baling waste allowed them to gain access to a larger market and to sell their waste at higher prices. Attracting funding from the P.E.A.C.E. Foundation allowed the enterprise to unlock further job opportunities with the enterprise currently employing 13 people, nine of which are women – showcasing the commitment to promoting gender equality in the form of women entrepreneurship and leadership.

The focus on the Thinana Recycling Cooperative is promoting the reduction of waste through recycling rather than methods that are harmful to the environment. To respond to challenges which waste recycling faces in rural settings, as well as to limit emissions, non-motorised trolleys are being used and the use of donkey carts continues. One of the biggest strengths of the cooperative is in training staff and community members on waste collection and recycling, thus empowering the local community. Employees are paid through a purchasing scheme for the waste they have collected from dumpsites and shopping centres.

The impacts of the Thinana Recycling Cooperative are broadly grouped in three categories: social, environmental, and economic:

The grassroots enterprise also helps educate the community through campaigns such as the Senwabarwana Clean-Up Campaign, which aimed to showcase the socio-economic benefits of recycling.

The success of the social enterprise was recognised in 2015 when it the Thinana Recycling Cooperative received the SEED award which was founded in 2002 to help grassroots enterprises in developing countries to promote entrepreneurship for sustainable development. Since then, the Thinana Cooperative has become a key model for rural, grassroots waste recycling that can be replicated and scaled up. In a policy brief published by SEED, the Thinana Recycling Cooperative was used as an example of best practice and an example of how ‘small-sized eco-inclusive enterprises play a pivotal role in mitigating the impacts of climate change and tackling poverty and social inequalities.

It is clear that more needs to be done to address the huge crisis that South Africa is currently facing and which is expected to deepen in the next 5 years. However, grassroot enterprises are gaining force and communities are pivotal in supporting the delivery of the national sustainability agenda – if the government recognises this and supports the scaling up of such projects, communities and local and national governments may have hope in mitigating the severe impacts of the climate crisis.