For a life-affirming economy!

The pandemic brought a lot of loss, but we still hope that we can also learn from it. 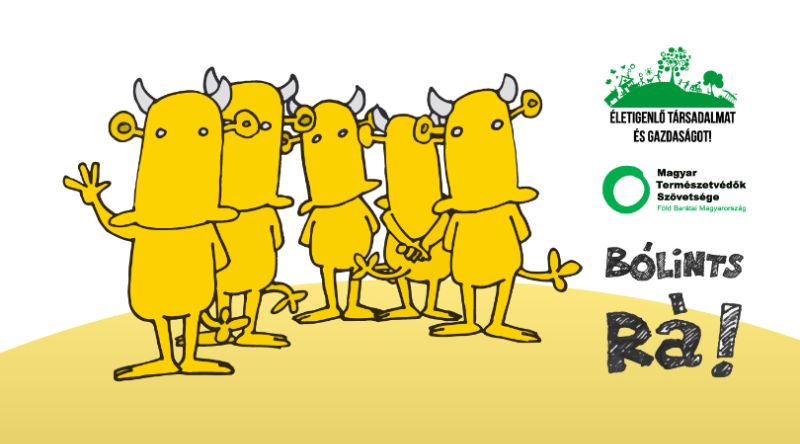 We’ve created an unlivable global economy, now there is a chance to change it!

Last year was exceptional for many reasons. The pandemic brought a lot of loss, but we still hope that we can also learn from it. One year ago at the start of the lock-down, Game On partner Friends of the Earth Hungary had started a successful campaign called Life-affirming society and economy! Since than almost 30 thousand people joined the petition and could learn about sustainability on more that a dozen online events. The campaign started with this blog-post. We think it is even more relevant now, to show we can change, when we want to go back to “normal”.

There is almost nothing certain about the coronavirus, but two things. First, the virus wouldn’t be spreading so dangerously and rapidly if the economy and life were not so globalised, and second, its economic impact wouldn’t be so devastating in a system based on local resources.

The causes of the problems are common: we have taken too many resources away from nature, subordinated our communities to an anti-life economy, focused on our comfort and material consumption, we’ve become conceited - we thought science and technology would solve the problems caused by our attitude.

The coronavirus has literally showed us the anti-life economic structure we’ve created. Signs of this have already been seen in many other areas, but the effects are only gradually becoming more obvious. We’ve created a global economy that has brought us climate change, which is far more destructive than the virus, or global air pollution, which, (according to the WHO) kills more than 4 million people a year! That’s the human behaviour: however, if I won’t get sick of these things tomorrow, I won’t stay at home and give up my next holiday abroad. As well as the environmental impact, let's not forget that inequalities are growing. While children in the last village in Africa dream of living in Western standard, rich people in developed countries are terrified of losing this comfortable life. While the economies of developed countries have grown several times over in recent decades, people's happiness levels haven’t increased automatically.

We can work on how to save this anti-life economy, but now would be the chance to create something completely different. One that puts people and communities at the centre and recognises natural limits. There is no question that people in trouble need immediate help. Firefighting is needed now, and the medium and long-term effects of this need to be considered in the emergency.

The long-term aim must be to create an economy that reduces resource use from unsustainable levels. We’re destroying the biodiversity on our planet, and almost all our problems are based on taking too much from nature. The rapid spread of the coronavirus can be traced back to these causes. Just think: the traffic at Budapest Airport 15 years ago was half of what it is today, 25 years ago it was only a fifth. We’re also seeing a steady increase in road traffic. In an economy based on local resources, this wouldn’t be necessary!

In short term, people who lose their incomes should be given every help to provide for their basic needs. There is a lot of discussion now about unconditional basic income or 'helicopter money'. Hong Kong, for example, decided in early March of 2020 to give $10,000 to all its citizens over 18 years old. The right direction is to give the aid directly to the people, to keep the economy going through their purchases. But it does matter what kind of economy we’re talking about. We need to create a market that offers environmentally friendly, sustainable products and contributes to the long-term transformation of the economy. Only here can people spend these revenues. It makes a big difference whether you spend it: on buying airline tickets, alcohol or insulating your house. The development of such a market has so far been greatly hampered by international competition rules, but exceptional situations require exceptional solutions.

But let us be under no illusions. The European Central Bank has announced a EUR 750 billion securities purchase programme to deal with the crisis that does not provide direct help to the people, but continues to entrench multinational companies with an anti-life economy. A real scenario is that this help will go to the financial sector instead of to companies that are actually doing economic activity, for example by providing higher risk emerging market assets. On the contrary, much stricter rules are needed in the financial sector, for example in the area of speculation on stock exchanges or the taxation of transactions.

Change is needed. Otherwise, we will continue to struggle with crisis after crisis, be it health, financial or environmental. We have now reached a wall. The question is whether we want to bash it with our heads, like so many others before, or take two steps back and think. The latter would be very much needed right now.