Fascinating Facts and Figures from the Game On 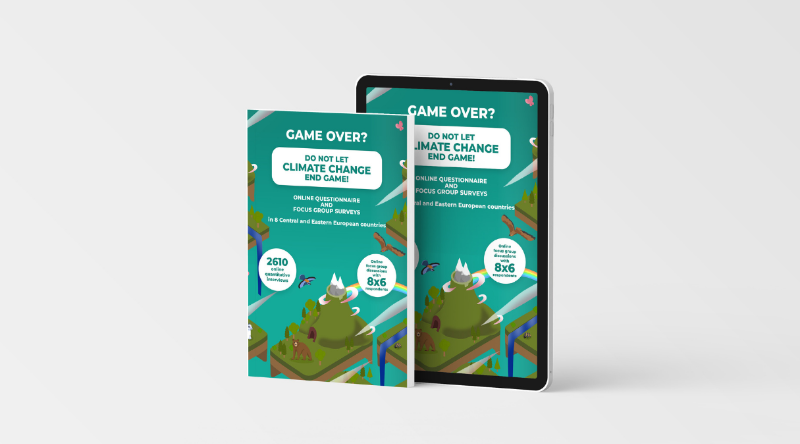 At the Game On project, our goal is to activate the global youth and react to the threat climate change represents for the future of humankind. It is our everyday task to raise people's environmental awareness, build community and make a positive change in people's behaviour. The recently published Omnibus survey also contributes to this. Let’s see some fascinating facts and figures from the Game On Initiative's 8-country survey!

Scientists predict that this will be the hottest summer on record - and the coolest of summers to come. The effects of climate change are no longer just a distant nightmare but are now being felt in our everyday lives. We are witnessing droughts, flash floods, heat waves and unprecedented weather events that have never been experienced before in this climate. The time for action is running out, and we may already be past the 24th hour. But by the right means, we can still mitigate and possibly slow down these processes.

It is a joy to see that young people around the world are very receptive to 'green' messages and care deeply about the fate of the planet. Fortunately, this attitude is contagious and more and more members of the older generations are joining the climate revolution. This shift in perception was explored in a survey by the Game On project, which recorded and analysed the responses of 2,000 people in 8 European countries. It provided researchers with a myriad of important data, but also a number of interesting, surprising and certainly hopeful facts. This is some of the information we look at in this article.

To conclude this fascinating list, the majority of respondents agreed that education is one of the most important areas for raising awareness of climate change. So all our hope lies with the young generation, whose lives are going to be deeply impacted by this issue, if we don't act together.