In the first couple of weeks of November, world leaders from over 100 countries got together in Glasgow, Scotland, to participate in the annual Conference of Parties, organised by the UN. COP26 - which was once postponed due to COVID-19 restrictions - has been dubbed the most important climate change meeting since the Paris Agreement was signed in 2015. 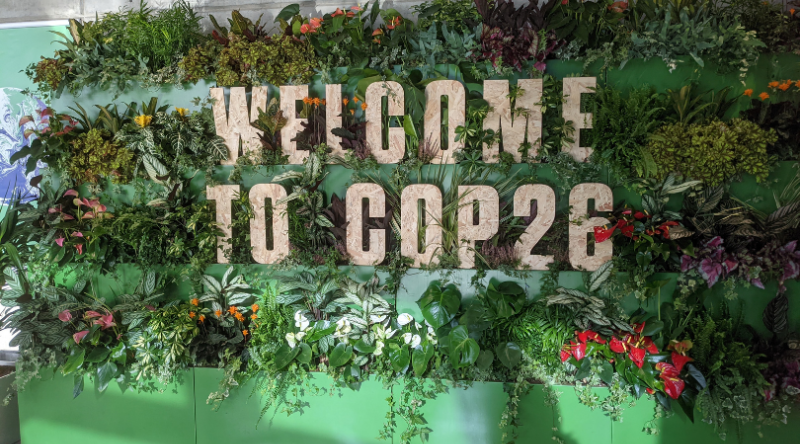 It also marks the deadline for words to translate into actions and for countries to present their specific plans in fulfilling the targets they set for themselves 5 years ago. John Kerry, the US climate envoy, called the conference the ‘last, best hope for the world to get its act together - the last chance to set out plans which will be ambitious enough to make sure the rise in the earth’s temperature doesn’t surpass the 1.5C critical point.

COP is a unique event in its scale as it creates space for conversations and negotiations between big economic powers, such as the US, the UK, the EU and Canada, and smaller states such as the Pacific Island of Tuvalu and Malawi. The speech, given by the foreign minister of Tuvalu, Simon Kofe, was one of the most memorable moments of the conference. He addressed world leaders while standing in the rising seawater which threatens to engulf his country if targets aren’t met in time and if other countries aren’t as ambitious as they should be in dealing with climate change.

The first week of the negotiations saw world leaders arriving in Glasgow - some of which, rather controversially, flying on private jets and attracting strong criticism. Major players made big commitments, one of the most significant ones being the promise to end and reverse deforestation by 2030. The pledge was signed by over 100 countries, including Brazil where the Amazon rainforest has been significantly affected. Another positive outcome was seeing India, a major emitter, finally setting a goal for decarbonising - although, disappointingly, not until 2070. And during the World Leaders’ Summit, the European Union and the US announced that they have struck a deal in agreeing to slash methane - one of the most potent greenhouse gases - emissions by 30% by 2030.

Unfortunately, despite some positive agreements in the first week, the end of the negotiations was not as optimistic. While apologising about a last-minute amendment, added by India and strongly supported by China’s efforts, Alok Sharma, the UK President of COP26 struggled to hold back his tears. The amendment, added on Saturday - a day after the conference formally ended, lowered the ambitions of the Glasgow Climate Pact, as the agreement became known. The commitment to ‘phase out’ coal, became a promise to ‘phase down’ coal in a small one-word change which signifies something much bigger: it allows the most coal-dependent countries, the biggest emitters, to continue what they are doing.

COP26 also faced another big criticism - it was called the ‘most exclusive COP’ so far, as a large portion of the delegates, despite travelling into Glasgow, were urged not to attend the negotiation zone in person due to COVID-19 restrictions. Activists and indigenous peoples were also left out of the Blue zone, where the negotiations took place. On top of that, reports emerged that the largest delegation was actually made up of representatives of fossil fuel companies, which actively lobbied behind closed doors. As a response, halfway through the negotiations, on 6th November, close to 100 000 people took to the streets of Glasgow in one of the highlights of this year’s COP. People from all walks of life from all across the world marched together, demanding for a change now - and demanding for their voices to be heard.

The Glasgow Climate Pact was tainted in the final hour although it instilled some hope. For instance, it appears that it is actually becoming cheaper to be sustainable - which might motivate the big emitters to go greener. More importantly, though, activists and young people are going strong in pushing for a more sustainable world. Considering how often the ‘future generations’ were mentioned as part of big speeches, it seems like this might just be enough to make meeting targets not a choice, but a necessity for politicians.