Circular economy – The only solution against plastic waste from food delivery

One of the main causes of environmental pollution is the immense amount of waste produced. 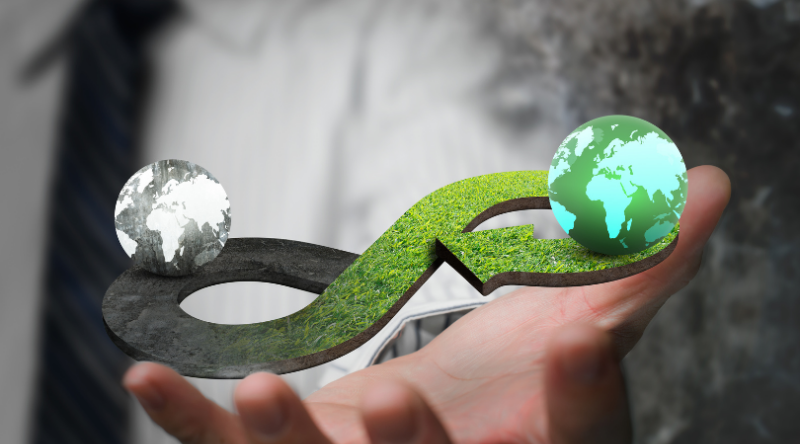 One of the main causes of environmental pollution is the immense amount of waste produced. Most of this comes from packaging, including food packaging. However, we would never guess how much food delivery or takeaway contributes to the production of garbage. In this article, we look at what pseudo-environmentally friendly practices some food service providers have introduced, and what we as individuals can do to minimise the environmental impact of our ready-to-eat food consumption with the help of sustainable initiatives. It is no big secret that the solution lies in the implementation of circular economy.

Every year, 2.0 billion tonnes of municipal solid waste is generated on Earth. This already huge amount is expected to increase to 3.4 billion tonnes by 2050 as the population grows. A large part of all this refuse is food packaging, including containers in which food is delivered home. Let us mention just one figure, to give you an idea of the scale of the pollution: worldwide 500 billion plastic cups are used and discarded every year, most of which is not recycled. These cups hold drinks for about 15 minutes, and then take 50 years to decompose. Over the years, various initiatives have been taken to reduce the amount of litter coming from food packaging, but the figures show that improvement is very slow, if it exists at all.

And there are many reasons for this. For one thing, no matter how hard one tries to take food home in an environmentally friendly way if the restaurant refuses to serve it in the box the customer brought, citing hygiene reasons. The other reason is that there is an increasing amount of fake eco-friendly packaging that only looks recyclable at first glance. For example, paper packaging is easily soaked, so it is coated with plastic during production, which means that it can no longer be recycled. Plus, packaging materials marked as compostable cannot be recycled at home, only in industrial composters, where they do not end up due to the lack of waste separation.

In addition to all this, the unmeasured production and disposal of takeaway cans and cups is also a cause of health and financial problems. Plastic pollution has introduced microplastics into the food chain and, shockingly, they are now found in human blood, as well. And by asking for a takeaway box every time, we are also putting a strain on our wallets, as we pay again and again to take our food home. 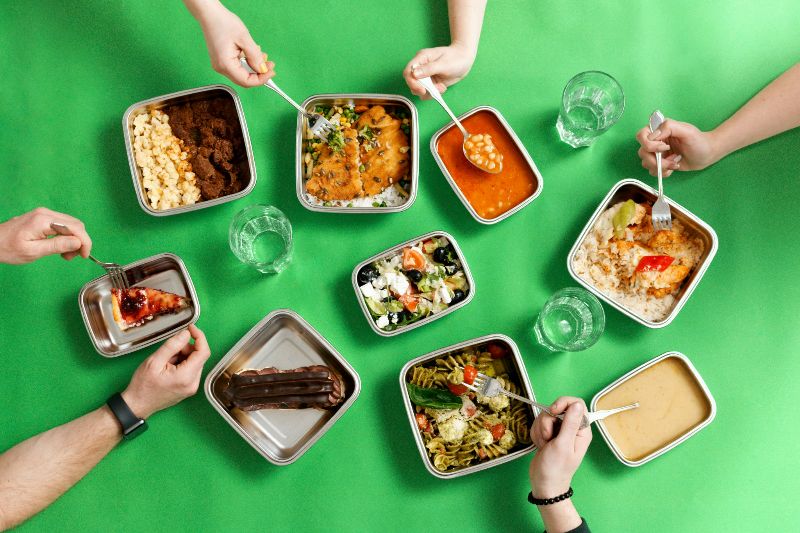 In Hungary and several other countries, for example you can ask restaurants partnered with the provider to deliver your food in sustainable boxes as part of a monthly subscription with the Rakun community. After use, you can then take these boxes back to any partner restaurant to be reused again.

In Germany, a revolutionary initiative called VYTAL allows users to benefit from the programme by downloading an app or viewing partner restaurants offline on a map. The restaurants pair the user's own QR code with the box to keep track of how many boxes they have. If the containers are returned within 14 days, the user does not have to pay for using the service. The company also offers rental cups in addition to boxes.

Recircle in Switzerland offers practically the same as VYTAL, but in addition to boxes and cups, one can also rent pizza boxes from them. The initiative has already attracted 1,200 restaurants in Switzerland and is gaining interest in a growing number of countries, including Germany, Belgium, Ireland, France and New Caledonia. A similar service is offered by Rekrabicka in the Czech Republic, offering BPA-free, reusable cans and cups in a deposit system.

In conclusion, the will to eliminate waste from takeaway food is there, and more and more people are becoming a part of the growing number of green initiatives. Join one of these schemes and enjoy the taste of restaurant food at home without producing huge amounts of plastic. 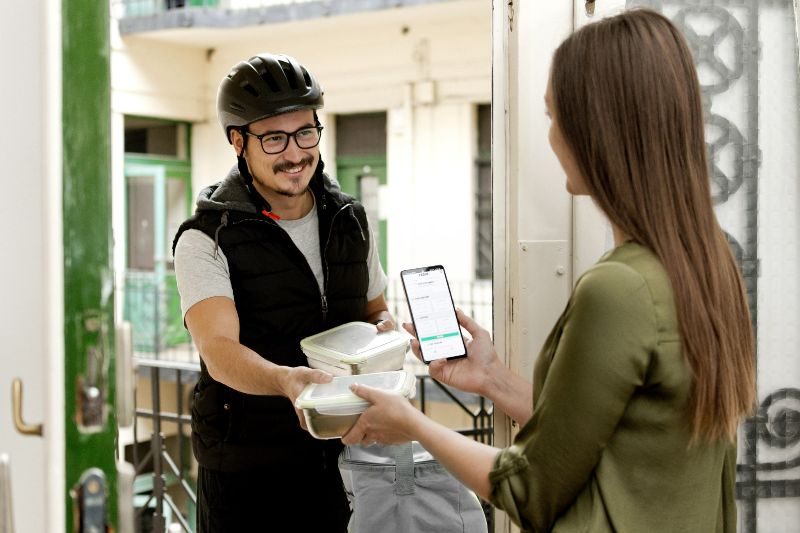 Climate changes the world and we need journalists to write about it
January 25, 2023
How does climate anxiety work? Slovak young ambassadors met with a psychologist
January 25, 2023
Police evict climate activists from German village slated to become a coal mine
January 18, 2023
Carbon Negative Art, or How to Make Art Sustainable?
January 3, 2023
How to Teach Climate Change?
January 3, 2023
The World Cup in Qatar (not only) from the viewpoint of climate law
December 20, 2022
Your Game On Holiday Tips
December 19, 2022
All about what we accomplished around COP27 with Speakers tour and lobby meeting
December 8, 2022
Speakers Tour in Prague
December 8, 2022
Electric cars – Are they really as eco-friendly as we think?
December 7, 2022