As part of the Citizens' Dialogue, BROZ organized a discussion on biodiversity protection and climate change mitigation in agriculture. 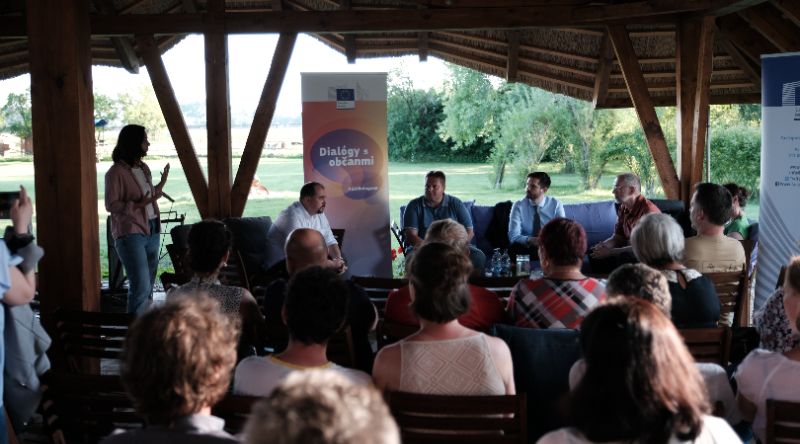 The discussion took place in the centre of environmental education DROPIE, which was originally established as a rescue station of the great bustard (drop veľký in the Slovak language), which, however, could not be saved due to the loss of habitats in this area. The aim of the evening was to stimulate a discussion about the future of the rural country among experts, politicians, the public and the people who farm in the country.

The discussion was hosted by journalist Andrej Barát, guests: Doc. RNDr. Ladislav Miko, PhD. Head of the Representation of the European Commission in Slovakia, former Czech Minister of the Environment and Soil Biologist; Ing. Ľubomír Marhavý, who teaches no-till farming, state secretary of the Ministry of the Environment Michal Kiča and Ing. Katka Vajliková Head of SEV Dropie. You can listen to the whole discussion in a video on YouTube (only in the Slovak language).