In the video, we follow the day of a young boy who, from the moment he wakes up, does everything in an eco-conscious way. 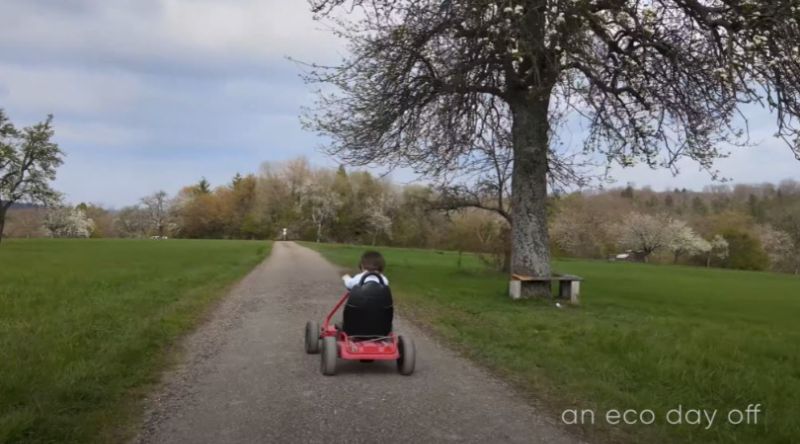 The planet is getting warmer, thousands of species are disappearing due to human activity and pollution is on a massive scale. Therefore, action cannot be delayed. Millions of young people who want to act have launched a movement to stop this harmful process, and Greta Thunberg is painting a shocking picture of the future to raise awareness. But what if we took a new approach to the problem? Is it possible to see this extremely serious issue as a game, with the ultimate reward being the survival of the human race?

This is precisely the aim of the "Game on! Don’t let climate change end the game" project, which has been set up by partner organisations from 8 Central and Eastern European countries. The initiative was created to raise young people's awareness of the dangers of climate change, which threatens the future of all humanity. The project was made possible with the co-funding of the DEAR (Development Education and Awareness Raising) programme.

The whole project is based on the principle of gamification, i.e. treating the fight against the threats to our planet as a kind of board game. In the "game", progress can be made in 3 main areas: biodiversity conservation, adaptation and mitigation, and climate justice. A variety of playful tools, such as geocaching, board games, museum exhibitions and theatre plays, will help to achieve these goals. These tools will support the programme's target group, young people, to start taking effective action to tackle climate change.

In addition to the games, we also deemed it important to produce a short film on this theme, showing how an eco day-off is spent doing everything to protect the planet. In the video, we follow the day of a young boy who, from the moment he wakes up, does everything in an eco-conscious way. He plants strawberries in the morning and then goes to the local organic farm to buy free-range eggs produced by hens scratching happily under the sun. While the eggs are frying to make a delicious breakfast later, the eggshells go into the compost, and our little protagonist even has time to hang out his laundry to dry in the open air. After watering the flowers, it's time to play in the stream, then harvest the strawberries and enjoy the fruits of his labour. All the while, the little boy is cruising the roads in his eco-friendly, pedal-powered car, setting an example for us adults.

At the end of the video, we've summarised what the little boy did on his eco day-off in the form of some useful tips: drive a car as small as possible, and use it rarely. Buy energy-efficient household appliances. Dry clothes in the open air. Buy local produce and plant a small garden. Conserve water. Switch to renewable energy. Reduce waste and recycle what you can. After all, in the "climate game" we are fighting for survival and we have to win. Following these tips, it will be child's play, isn’t it?