The Youth Must Be Heard

Fridays for Future, Extinction Rebellion, the Sunrise Movement. The list goes on, but they act as one. The global youth are making a stand to (finally) address climate change. Welcome to their fight. 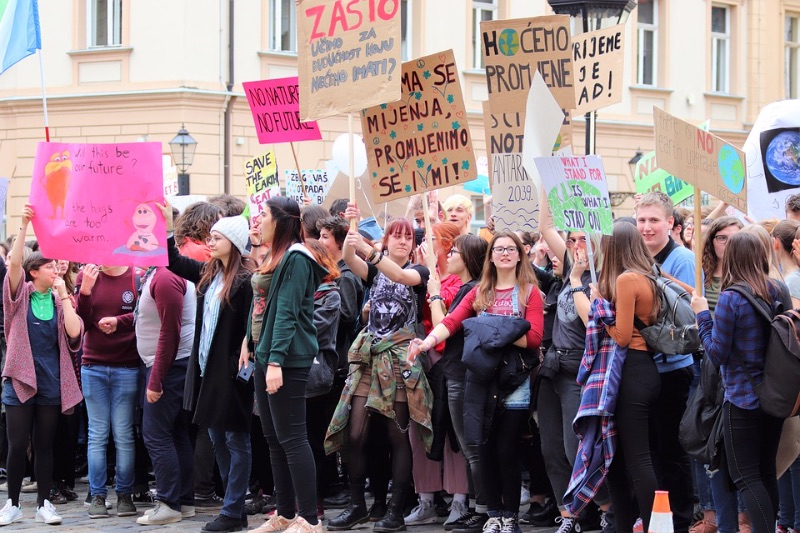 Climate Change is the existential crisis of our lifetimes. Accumulating over generations. all our actions are leading humankind and the planet to ever increasing hardships. Nevertheless, it will actually be the current youth that will have to face most of the adversities to come. The Game on! Series “It’s Our Turn” is part of a wider drive to bring awareness to the current and future challenges around the climate change crisis and on what must be done to tackle it. In this first article, we will cover how the youth movement is making an impact to address the root of the problem by building up a real, global movement of energised people, as well as what precisely this climate crisis entails.

“We are the last generation that can end climate change. We can and we will.”

In August 2018, Greta Thunberg, a teenager from Sweden, skipped school to protest outside Swedish parliament for three weeks. On the day of her first school strike, she printed out 100 flyers about the climate crisis and asked a passerby to take a photo of her with their phone. She was alone that day. She was alone several days. To her surprise, it wasn't long before she was approached by documentary crews and journalists for interviews. While many people would jump easily at the chance to talk to someone, for someone like Greta who was diagnosed with Asperger’s, selective mutism, experienced bullying and eating disorders from a young age, this was no small feat.

As her mother Malena Ernman describes, during one of the first school strikes Greta looked stressed. Her father brought her behind a pillar away from the journalists and suggested they go home. Greta, breathing heavily and with tears running down her cheeks, said “No, I’m doing this.” She had found her energy and her motivation: the threat of climate change.

From that first day onwards, Greta only gained momentum — not only in the attention she was attracting, but also in her self-confidence, returning eating habits, and independence. Since the summer of 2018, her actions have sparked a global movement of school-strikes and inspired youth around the world to take action against climate change. On March 15th 2019, an estimated 1.6 million young-people in over two thousand locations protested worldwide. 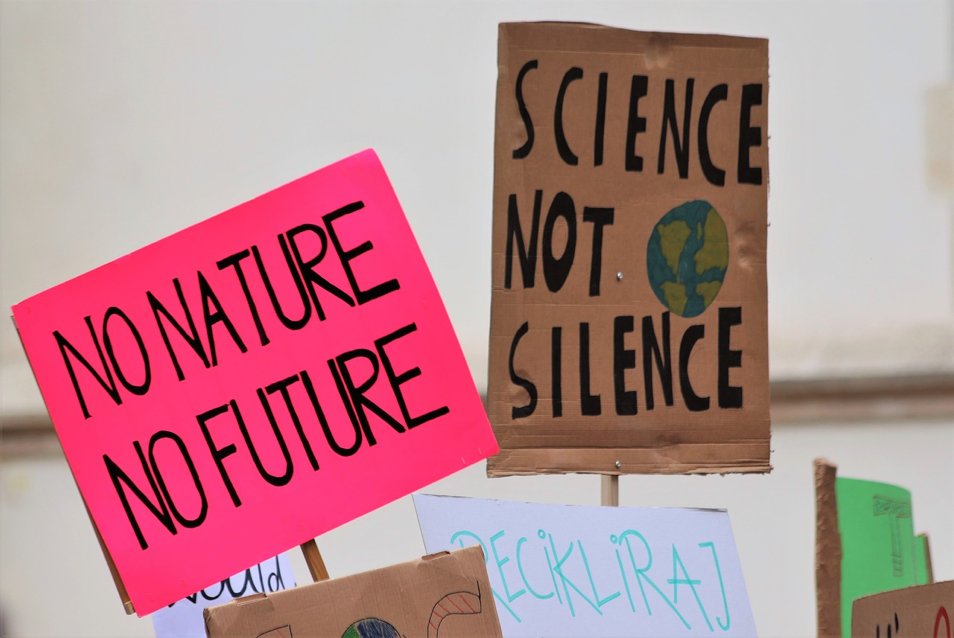 #FridaysforFuture is an international movement of school students who take time off from class on Fridays to demand action against global warming. During the Covid-19 pandemic, they organized a ‘digital-strike’ on 24 April 2020.

United We Stand, Divided We Fall

Greta isn’t the only young activist overcoming personal challenges to speak out about climate change. Like Greta, Vanessa Nakate, a 23 year old Ugandan climate activist, began a solitary strike outside the gates of the Parliament of Uganda in early 2019. She founded Youth for Future Africa and the Rise Up Movement. She continues to advocate for representation of the Global South in sustainability activism.

Lauren Howland, a 23 year old indigenous woman from the Jicarilla Apache nation, works on environmental issues and co-founded the International Indigenous Youth Council (IIYC). Alexandria Ocasio-Cortez, a 29 year old politician from New York, is the youngest woman ever elected to the US Congress and has pushed for a broad set of climate goals under the ‘Green New Deal’.

The list, indeed, goes on. All around the world, the youth have joined demonstrations against climate change and are calling on world leaders to help the environment. But why exactly are they taking action now, with more vigor and energy than ever before?

Young people have recognised our way of living is unsustainable. In fact, by 2050, with a projected global population increase to 9.6 billion, we would need the equivalent of almost 3 planets worth of resources to sustain us. But this generation views climate change as more than just an environmental problem. Instead, they see it as also one of social justice. No longer simply concerned with the polar bear, more and more young people are talking about the problems for people and really recognizing the human-environment connection.

Climate change poses an existential threat to future generations and all life on our planet. Moreover, younger generations are aware that, while we see some of the effects today, the impact will be felt much more by future generations. Still, they are also aware that it isn’t “game over,” yet. There is still a chance to create a better ending and young people are more than ever aware that they are at the centre of the challenge.

The Cause of Concern: Climate Change

While this youth movement is new, climate change is not. Climate change is the long-term change in the average weather patterns that have come to define Earth’s local, regional, and global climate and their observed effects. While ‘climate change’ is often conflated with the term ‘global warming’, the two are distinct.

Climate change refers to both human and naturally produced warming and the effects it has on our planet. Whereas, global warming is the long-term heating of Earth’s climate system due to human activities, primarily fossil fuel burning, which increases heat-trapping greenhouse gas levels in Earth’s atmosphere. Since the pre-industrial period (between 1850 and 1900), human activities are estimated to have increased Earth’s global average temperature by about 1 degree Celsius – a number that is currently increasing by 0.2 degrees Celsius per decade.

But, what about rising temperatures causes millions of young people to skip the classroom on Fridays? 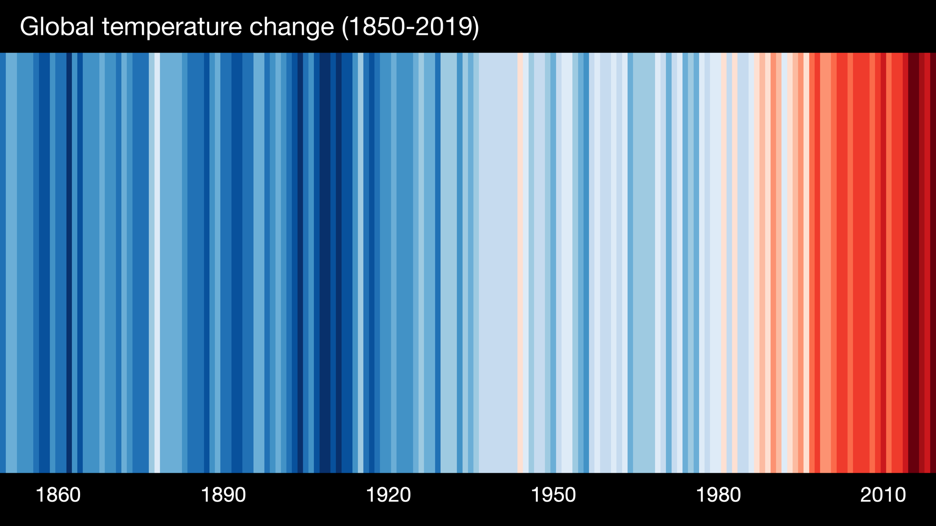 Young people around the world are speaking out because of climate change’s several impacts. For example, it is instigating mass extinctions of global species, which affects ecosystem synergies, services and planetary habitability. Furthermore, climate change is creating new harsh conditions for humans. We need to adapt to and mitigate the effects of climate change. But as the youth have recognised, these effects will not be distributed equally. Some areas will experience droughts, heatwaves, floods, famine, and/or social strife more than others. In particular, climate change will affect vulnerable groups across the Global South, leading to new migrations and leaving many in peril and distress. It is important to develop and grow our understanding of these impacts, in order to be able to act against climate change.

Similar to a game of chess, the issues and solutions to climate change are multifaceted and complex. It is important to think several steps ahead while addressing climate change. Yet, these climate facts aren’t new! While the science of climate change has been clear for decades, little has been done thus far. Policy-makers, leaders, and businesses around the world have only made small ‘moves’ in the fight against climate change. Unsurprisingly, some have considered it “Game Over”! But these young leaders and activists refuse to give up. 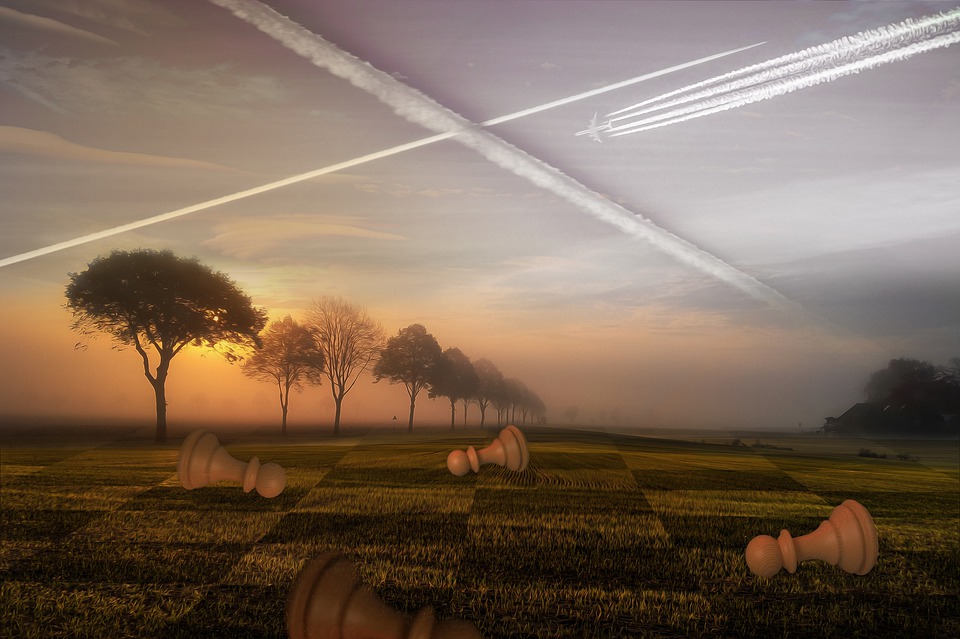 Taking action against climate change requires thinking several steps ahead; it is a problem that affects our present and future.

Playing the Game: The Impact of the Youth Movement 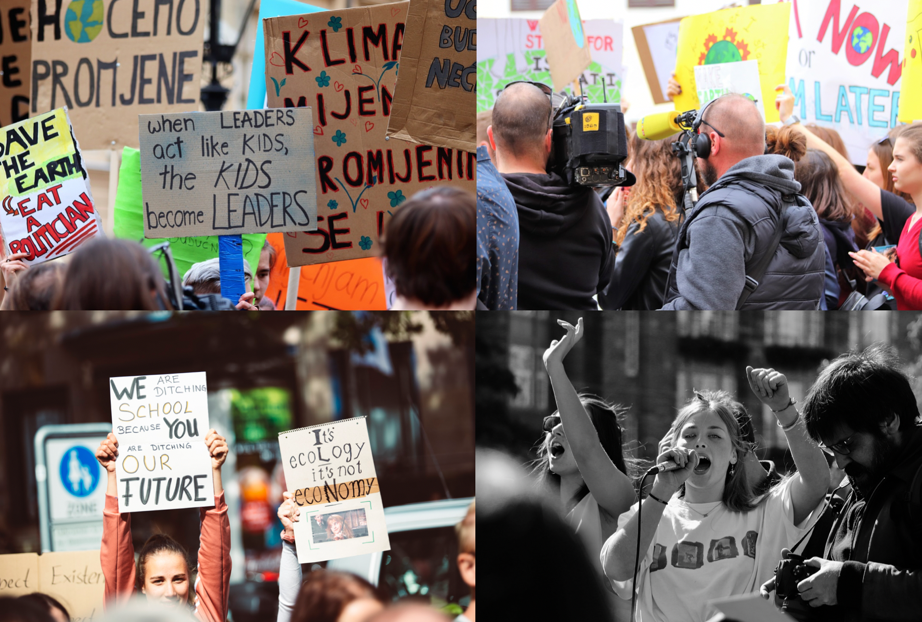 On March 15th 2019, an estimated 1.6 million young people took part in school strikes for climate action in 2233 cities and towns in 128 countries.

As a result, adults are listening. According to Connie Roser-Renouf, a Climate Communication researcher at George Mason University in Virginia, about a quarter of adults in a 2018 survey thought that the most important reason to act on climate change was to “provide a better life for our children and grandchildren.” Youth activism reminds adults of the reason why they care about the environment in the first place.

Additionally, researchers such as Tomas Paus, from the Brain and Body Centre at the University of Nottingham, and Howard Sercombe, from the Division of Community Education at Strathclyde University in Glasgow, have found that youthful and aging brains really are different, but not in the way that is normally portrayed in the media. Young brains have wide-open neural connections that foster broader, more flexible thinking. As the brain ages, the ‘pruning’ of neural pathways renders adult brains more efficient for a narrower range of tasks. This could mean that youthful thinking across multiple dimensions is better at imagining innovative policies to adapt to future contingencies, while elder thinking could be better suited to solving the practicalities. While not overstating these differences to the point of biological determinism, they mean that climate change solutions may be found if multiple generations work together. In other words, the fight against climate change is as multiplayer as it gets.

The Next Move: Game on!

Since the voices of young people are so effective in the fight against climate change, we must build on the current youth movement and get more young people involved. But how can we support the work of young climate leaders around the world? 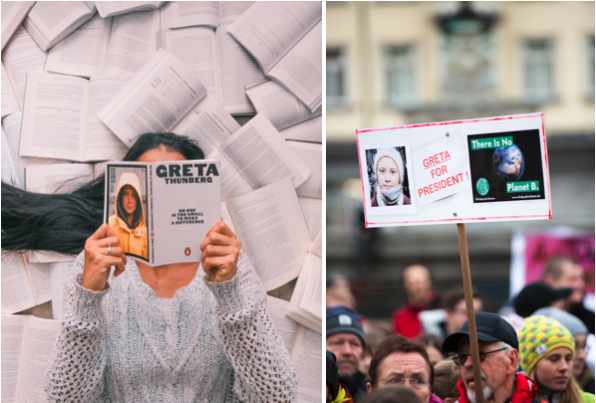 Inspiring millions around the world, Greta Thunberg published her speeches in 2019 in the book “No One is Too Small To Make a Difference.”

The project “Game on! Don’t let climate change end the game” is tackling such a task. Using a ‘gamification’ approach, it aims to activate the energy of youth across Central and Eastern Europe and around the world. Activities such as creating environmental awareness around museum exhibits, international geocaching challenges, wilderness camps for young individuals, greening festival handbooks and many more will help raise awareness of climate change and encourage young people to join in and address the challenges we face. The more people that join the movement, the more we can attain the needed change for a sustainable future.

Youth activists and leaders, such as Greta, Vanessa, Lauren, and Alexandria, have signalled to the world that we need to act. It is this next generation's turn to make a move. We can’t afford to stay silent: activating the youth is integral to addressing the climate challenges up ahead. This is a game of survival. We have to accept the challenge. We must overcome it.

The Game on! Series “It’s Our Turn” is part of a wider drive to bring awareness to the current and future challenges around the climate change crisis and to what must be done to tackle it. In the next articles, we will further discuss the issues of biodiversity conservation, adaptation and mitigation, and climate justice, all of them critical to understand our struggle against climate change.