So fresh, so clean

World leaders are turning to renewables to power societies without overpowering our planet. But as the familiar oil spills, land clearance, water pollution and air pollution associated with fossil fuels demonstrate, energy has historically come at biodiversity’s expense. So the big question is this: as we develop new, renewable energy sources, how do we ensure that they protect biodiversity? 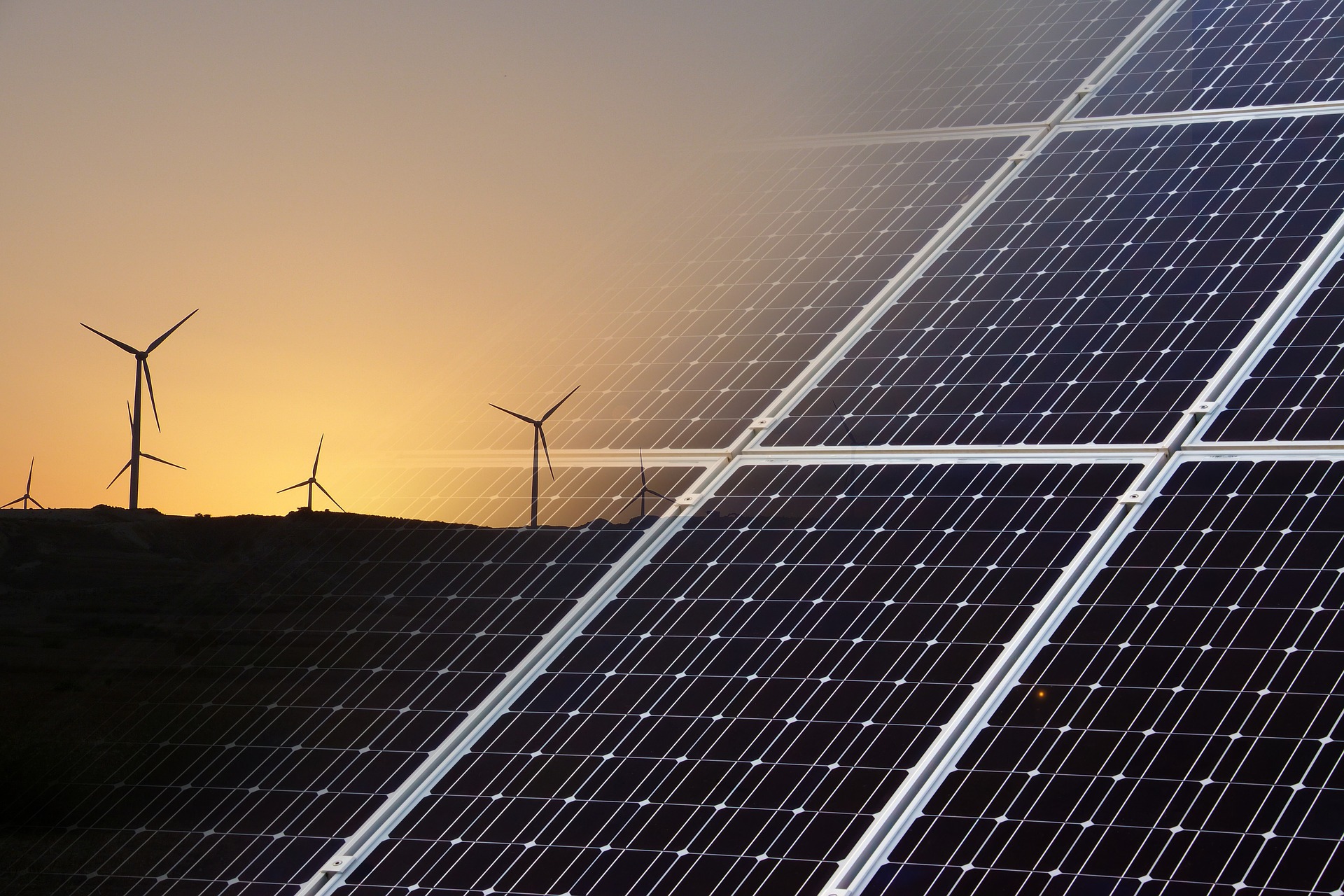 Solar power, wind, hydropower, geothermal energy and biofuels: this is the first article of Game on!’s Blog Series ‘Buzzing with Energy’, which explores how different renewable energy sources can affect animals, plants and ecosystems, and what we can do about it in order to tackle the climate change crisis with a clean, environmentally sound energy approach.

Marek worked in the Wujek-Śląsk coal mine near Poland’s Czech border. The morning of 18 September 2009 began like any other. Waking up, stumbling into his clothes, rushing breakfast, saying goodbye to his wife, leaving for the mine. Then, the daily ritual: donning his boots, headtorch and high-vis jacket, passing by the shrine of Saint Barbara — the miners’ patron — and stepping into the creaking elevator that would take him one kilometre deep into the bowels of the earth. As the doors opened into the dusty, low-roofed tunnel, he flicked on his head torch. Work was underway, just like any other day.

That 18 September 2009, an explosive bang filled the air and the ceiling above the miners shook. The miners reacted logically, instinctively, dropping their tools, and running up the dusty track towards the elevator. But the air grew hotter, the walls unstable, and breathing became difficult. Vicious flames chased the miners as they fled. For Marek and 11 other workers, the usually dark mine became permanently so. Another 8 died in hospital. But just days later, his colleagues returned to work, even as the fire raged on in some parts of the mine.

The 2009 Wujek-Śląsk mine blast occurred at the Wujek-Śląsk bituminous coal mine in Ruda Śląska, Poland, on 18 September 2009. Twelve people died in the coal mine; a further eight in hospitals. Photo: Al Jazeera.

Fossil fuels underpin modern society, but we now know this has to change. Not the energy panacea we once hoped they were, if we continue to burn them at our current rate, the earth’s temperature will rise to 3˚ C above pre-industrial levels. Hundreds of millions of people will die or be displaced by rising sea-levels, crops will struggle to grow to feed our populations, severe weather events — including droughts, floods and hurricanes — will kill billions, and millions of species of plants and animals will become extinct — with disastrous knock-on effects for entire ecosystems.

Not enough? Coal mining, fracking, digging for oil and transporting it have further human costs. Every year, coal miners die in the mines; the earthquakes caused by fracking for gas put people’s homes at risk of collapse; and oil spills strangle our oceans, starving sea- and land-dependent communities until fish and crops can recover from the slick.

To avoid this nightmarish scenario, we need to kick our dependence on fossil fuels and look instead to renewable energies to supply our energy needs. But as we turn from the former to the latter, we need to ensure we do not repeat our energy mistakes. And that means making sure that renewable energy does not come at the expense of biodiversity.

Such a perfect fuel?

‘Renewable energy’ is a surprisingly broad term. It encompasses all energy derived from sources that can be quickly replenished, meaning that burning wood and other biomass is technically renewable. But while trees and crops take months or years to replenish, other renewable energy sources require no regrowing at all. By harnessing the sun, wind, rivers, tides, and heat of the earth we can generate constant, boundless energy while producing little or no carbon dioxide.

In 2019, wind supplied globally 1430 TWh of electricity, which was 5.3 % of worldwide electrical generation, with the global installed wind power capacity reaching more than 651 GW, an increase of 10 % over 2018. Photo source: Energy World.

Renewable power is a critical weapon in our anti-climate change armoury. But not all renewables are ecologically sustainable… yet. Environmental concerns have been raised about hydropower developments in the Baltic states, while the Danube’s dams, such as Serbia and Romania’s jointly managed ‘Iron Gates’, have been linked to declines in the Danube’s wildlife. Five of the Danube’s 200-million-year-old sturgeon species are now critically endangered.

It is not just hydropower that has caused concern. Solar power has been cited as a possible death trap for insects and birds, while wind turbines have been found to harm bats and migratory bird species. Other renewables’ effects on biodiversity are almost unknown — despite powering over 90% of Iceland’s heating, geothermal energy is one such example. But renewables are still developing technologies. If we understand how they can and could impact biodiversity, engineers and ecologists can collaborate to make these technologies truly sustainable.

Climate change is no longer a prediction — it is now an actuality. In 2020, the world looked on in horror as the worst bushfires in history ravaged Australia, and shuddered as temperatures soared to 38˚ C in Arctic Siberia. Scientists warn that we must cut atmospheric CO2 levels to limit rising global temperatures and reduce the risk of further extreme events. To achieve this, we need renewables. By producing the energy we need — while releasing little to no CO2 — renewable energies provide a critical solution to the climate crisis in which we find ourselves.

In 2019-2020, Australia experienced its worst bushfire season ever: around 126 000 square kilometres of land were blazed by fires that lasted for months. Photo source: The Telegraph.

What is more, renewables are increasingly smart investments. It is now cheaper to build wind turbines, hydropower dams and solar panel farms than it is to extract fossil fuels. The electricity produced by renewables costs the same or less than that generated by their fossil fuel competitors, with the added bonus that it will never run out. Plus, renewables create jobs. Building, maintaining, running, and marketing renewable energy sources requires a variety of skills, meaning that those previously employed in the fossil fuel-based energy sector can sidestep into a career in renewables rather than lose their jobs entirely.

Investment in renewables is also a smart political move, enabling countries beholden to oil-rich powers such as Russia and Saudi Arabia to carve a route to independence. Almost any landscape can exploit renewable energy — sunny lands scarce in oil can lead to solar energy generation; windy hills host powerful turbines; and rushing rivers generate hydroelectricity. The rewards are great for those sufficiently opportunistic and bold to establish themselves as new market leaders.

Incentivized by their politico-economic credentials, world leaders are turning to renewables to power societies without overpowering our planet. But as the familiar oil spills, land clearance, water pollution and air pollution associated with fossil fuels demonstrate, energy has historically come at biodiversity’s expense. We now know that we depend on the vital ecosystem services plants and animals provide — without pollination, for example, our food supplies would collapse. We also know that small changes to ecosystems can have devastating, wide-reaching, and unintended consequences.

So, the big question is this: as we develop new, renewable energy sources, how do we ensure that they protect biodiversity? And what is the picture like in Central and Eastern Europe?

Poland has struggled to close the coal mines that generate three-quarters of its electricity and supply around 80 000 people with jobs, despite the lethal accidents that pepper the industry’s history. Polish mining has been a prestigious occupation since the post-war communist period, and mining is in the blood and hearts of many communities. And in its politics: 2020 saw Polish miners striking to secure government commitment to coal as the country’s future.

But the industry is not sustainable economically, let alone environmentally. Coal demand has fallen, in part due to the warmer winters that climate change is bringing to Central and Eastern Europe. As coal reserves diminish, Polish miners are forced deeper underground, making each piece of coal more expensive. And despite having refused to commit to net-zero carbon emissions by 2050, Poland’s coal mines are feeling the sting of EU environmental regulations. Their CO2 emissions are already taxed by the EU’s emissions trading scheme, and the EU Green Deal could tighten the noose. Banks, too, are starting to monetize the threat of climate change, making them reluctant to invest in coal.

Renewables could provide a genuine alternative, retaining jobs in a profitable energy sector while producing clean, sustainable energy. And though Poland’s leadership is keen to emphasize its commitment to the dirty old black gold, other Central and Eastern European countries are starting to rethink energy.

Binding targets — including the EU’s commitment to producing 20 % of its energy from renewables by the end of this year, and Albania’s to near double this — are incentivizing this change. Plans are afoot for a significant expansion of Central and Eastern Europe’s renewable energy capacity. Lithuania is planning an offshore wind energy development in the South Baltic Sea, and home-owners in Malta are being offered €3000 government grants to install solar panels in their homes. Hydropower expansions are planned, too, with North Macedonia planning the 333 MW Čebren hydropower project on the Crna river, and Bulgaria, Serbia and the Czech Republic modernizing existing plants. Albania generates nearly all of its electricity from hydropower, while almost two-thirds of Montenegro’s electricity is renewably sourced.