One reaps what one sows

We take from the soil more than we give. Now, our greediness is one of the greatest threats to our long term survival.

“A nation that destroys ITS soil, destroys itself.” Straight to the point, the United States President during the World War II era, Franklin Delano Roosevelt, once proclaimed such maxim within his 26 February 1937 Letter to all State Governors on a Uniform Soil Conservation Law. Soil erosion was the core problem he was addressing; his letter was but a strong reminder of the urging need to take action — via, among others, land use regulations — and enforce a cooperative legislative framework among all States.

As part of the ‘Game on!’ project’s mission to highlight the importance of biodiversity conservation in our aim to tackle climate change, Hungarian partner CEEweb for Biodiversity will address in four blog posts one of the issues less talked about in biodiversity conservation: soil biodiversity. This is the third blog post in the series ‘Our Common Ground,’ focusing on the threats to our soil, most of which are directly or indirectly caused by human-related activities. A huge amount of devastation has already been caused. The effects are visible all over the globe. In order to ensure an inhabitable planet for our future, better take heed of the signs. This series is based on the fantastic work done in the ‘Global Soil Biodiversity Atlas’*.

Agriculture is the foundation of modern human society. In fact, before we discovered agriculture, we were merely hunter-gatherers. It was with this discovery, roughly 10 000 years ago, that we were able to manipulate our environment to suit our needs, thus kick-starting humanity’s progress. Since then, plants and lands have been repurposed and/or altered across the world, while technological revolutions brought in modern techniques to vastly increase our food yield.

Yet, all this progress has come at the expense of nature. We have grown at vastly unsustainable rates, creating ripple effects and inequalities — the worst effects often being out of sight. Although damage to nature has been felt across the globe, the spread of the destruction is also asymmetric. Today, we face multiple structural battles — both in the developed and the developing worlds — having to deal with not only the damage done up until now but also requiring to find ways to allow us to continue to grow while respecting sustainability.

The history of awareness on this issue is rather recent. The public began to understand the threat to soil in the 1960s as scientists and policymakers realised that the use of pesticides was having unforeseen consequences throughout the food chain — Rachel Carson’s famous book, Silent Spring, representing the zenith of this alarm. However, it was not just animals that were being affected. The disappearance of plant species had knock-on effects on the below-ground biodiversity.

Since then, rules and regulations have been put in place and environmental strengthening has made great strides since the first use of these chemicals on our soil. Nonetheless, they continue to be a threat today due to widespread usage. Furthermore, pesticides were far from the only threat faced by soil, and many of these threats have gone unchecked and rampant for decades. Thus, time to highlight some of the gravest of these issues and their consequences for our soil.

Acid rain is a broad term that, due to its name, it might make some people a little nervous. Needless to say, it will not melt you. In reality, the acid rain phenomenon is a mixture of wet and deposited material from the atmosphere containing higher than normal amounts of nitric and sulphuric acids. The rain occurs when sulfur dioxide and nitrogen oxide emitted into the atmosphere are carried by winds and other weather patterns. They react and mix with the natural composition of the air, before falling back down to earth as rain.

The effects of acid rain are not uniform on species and no common patterns can be identified. For example, increasing soil acidity can affect microorganisms that break down organic matter into nutrient forms which are then available to plants. Other organisms, from plants to earthworms to macro-arthropods, all suffer in different ways from acid rain. These all have knock-on effects on the quality of our soil and our ecosystems overall.

Agriculture encompasses many practices that inevitably have different effects on the soil. For the sake of simplicity, we will highlight some of the ‘worst offenders.’

For starters, overgrazing. While grazing itself can be positive for biodiversity, the ‘over’ part is not quite. And with the alarming increase in the number of grazing animals — especially so in the Western world — the negatives are overshadowing the positives. These negatives include soil damage arising from trampling, defecation, and defoliation. Overgrazing is considered the largest threat to soil biodiversity in grassland areas — as agriculture is one of the most intense forms of land use (all in all, 11% of global land is used in crop production).

Moreover, pesticides are still widely used in farming to help ward off unwanted intruders and pests from their crops. A pesticide is any substance or mixture of substances aimed at preventing, destroying, or mitigating pests. Pesticides are detrimental towards their target organisms, but their effects can also spread to other animals and organisms that weren’t the intended target.

Climate change’s effect on the biodiversity of our soil is hard to pin down because its effects are extremely varied across the globe — to the point of sometimes having the opposite effect relative to the environment it is in. For example, in the Mediterranean, warming can have detrimental effects on biodiversity, whereas in the tundra of the Arctic it may actually increase biodiversity. Several climate studies have been held that have shown various effects on the biodiversity of the soil. Temperature increases are extremely harmful to below-ground organisms, although it has also been found that the levels of water the soil had access to (which is affected by climate change) had a far great effect on the soil than climate change, CO2 and warming effects.

Many studies looking at the effects of climate change on soil biodiversity take place in Antarctica because of the ‘astonishing’ effects it has had there on the soil.

Just a reminder: fire is natural to many ecosystems. An integral part of them regarding their regenerative processes, even more. Most certainly, this does not include pyromania. And, willingly or not, humankind has been, ‘on fire’ in these regards, severely threatening biodiversity’s balance. Apart from igniting wildfires directly, human activity can also prime ecosystems for burning, making them vulnerable to fire. For example, plantations of fire-prone species, such as eucalyptus and pine, have replaced less fire-prone vegetation in many parts of the world. Poor regulation means large areas are susceptible to being burnt. Most certainly, the impact of fires on soil biodiversity depends on the intensity of the fire and the ability of the soil to withstand heat. Wildfires can also increase the vulnerability of the soil biodiversity to other threats, even if the fire has burnt out.

Arguably the greatest destroyer of soil biodiversity, its causes vary greatly and often there is more than one factor involved in land degradation. Overgrazing, human activities, and climate change are just some of those factors. Many fragile ecosystems have succumbed to land degradation because of a phenomenon known as desertification. Droughts and floods — increasing in number because of climate change — accelerate the process, resulting in permanent damage to the biodiversity.

The scale of the challenge

When looking through this list, it is easy to notice a reoccurring theme. Many of the threats to soil biodiversity are not a concern on their own. Instead, through overuse or simply to meet our demands, we have put strains on nature unlike anything seen before. This, in turn, has led to many natural cycles and processes to become harmful to biodiversity. Fires and grazing are an example of this as, through our unsustainable practices, we have pushed well past the ‘allowed’ limits, thus causing destruction in our wake.

The immensity of the damage is only further put into perspective when considering that the list we have given is very abbreviated and simplified. Our sustained growth across the Earth will not be able to continue without greener practices. However, as many billions of people living across the developing world aspire to reach the same levels as the developed world, they will require vaster amounts of access to resources. Therefore, the challenge is to create a sustainable environment where the developed world can reduce its impact and help the developing world — without compromising the need for sustainable effects on our biodiversity. Finally, there is the fact that vast damage has already been done, and much more of our soil has already been condemned, even if we were to change our ways immediately.

The scale of the challenge is hard to put into words; the threats alone facing biodiversity are enough to bring nightmares. Only through global co-operation and a sustained, driven campaign by all stakeholders, can we begin to overcome and reduce the enormity of the task at hand. It will take many years and we will have many bumps and frustrations down the road. However, to fail our soil is to collapse the buildings of life. In other words, failure is not an option.

This article is the third of the blog series ‘Our common ground,’ part of a wider drive to help teach people about the importance of soil for biodiversity conservation. 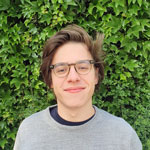