I Came, I Mitigated, I Adapted

As it currently goes, the world by 2050 is a scary thought: rising sea levels, extreme summer heat, and mass forced migration. Yet, climate projections are inherently dependent on the steps taken to adapt to and mitigate the effects of climate change. We need to act now!

THE WORLD IN 2050. THE Earth’s surface temperature has risen at least 2° C above what it was just a century earlier. From a glance outside through the window, you notice it is yet again sunny and clear. And while during your childhood this made you smile, you know the truth now: the conditions are not what they were. The air is hot and heavy, and before stepping outside, you must check the air quality on your phone.

The Arctic is now ice-free in the summer and the global sea level has risen by another foot. Cities around the world are flooding. Other areas face prolonged droughts and periods of extreme summer heat. The marine mammal, fish, and bird populations are shifting and indigenous populations struggle to have food security. Whole communities have been uprooted and relocated around the world.

While this imagined scenario paints a scary picture, the future under climate change can understandably seem vague and variable. Projections of the world in 2050 are inherently dependent on the steps taken to adapt to and mitigate the effects of climate change. Yet, if we don’t change our actions, this imagined world could become a reality. 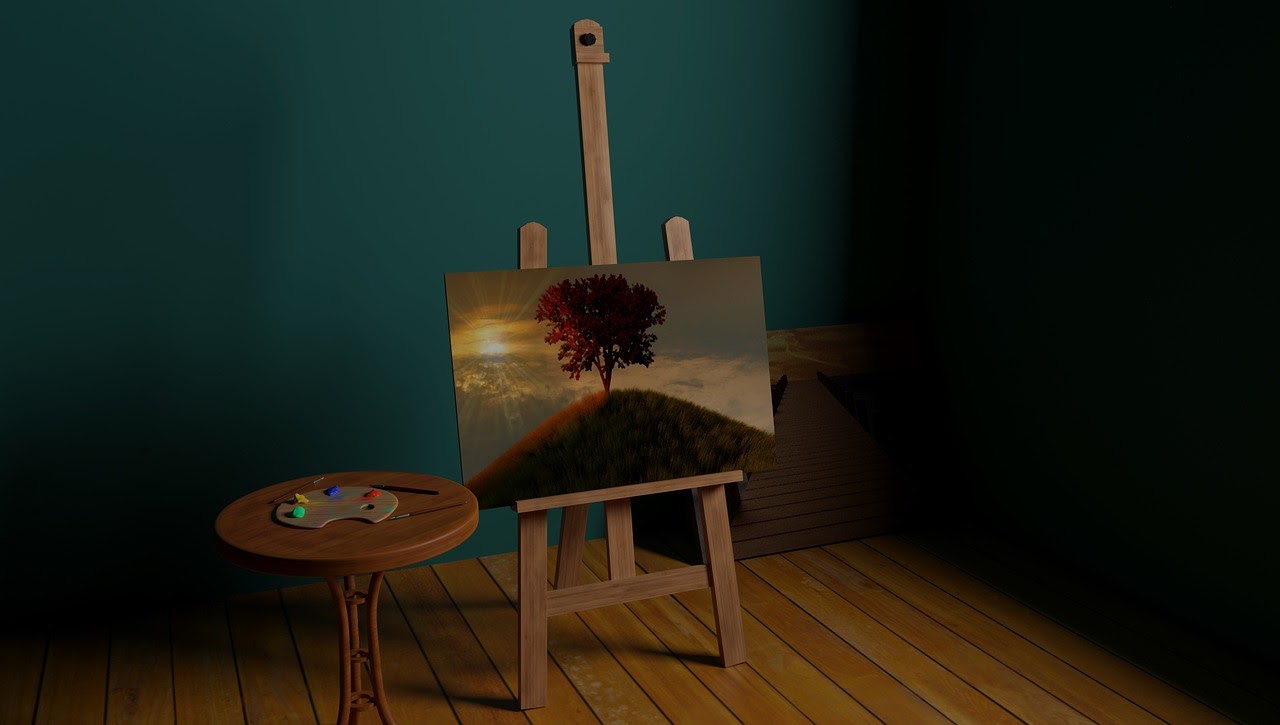 In 2050, painting a picture of what the world looks like will depend on the steps taken today to adapt to and mitigate climate change.

On our current path by 2050, up to $106 billion worth of coastal property will likely be below sea level. Additionally, the arctic summer sea ice could disappear as early as 2035.

Last year, a study by Jean-Francois Bastin and others analyzed 520 major cities of the world to test whether by 2050 their climate will resemble their own climate conditions or the current conditions of other cities in different bio-climatic regions. They found that all cities will tend to shift towards the sub-tropics, with cities from the Northern hemisphere shifting to warmer conditions and cities from the tropics shifting to drier conditions. They predicted that by 2050 Stockholm’s climate will resemble Budapest, Madrid will resemble Marrakesh, London to Barcelona, Moscow to Sofia, Seattle to San Francisco. 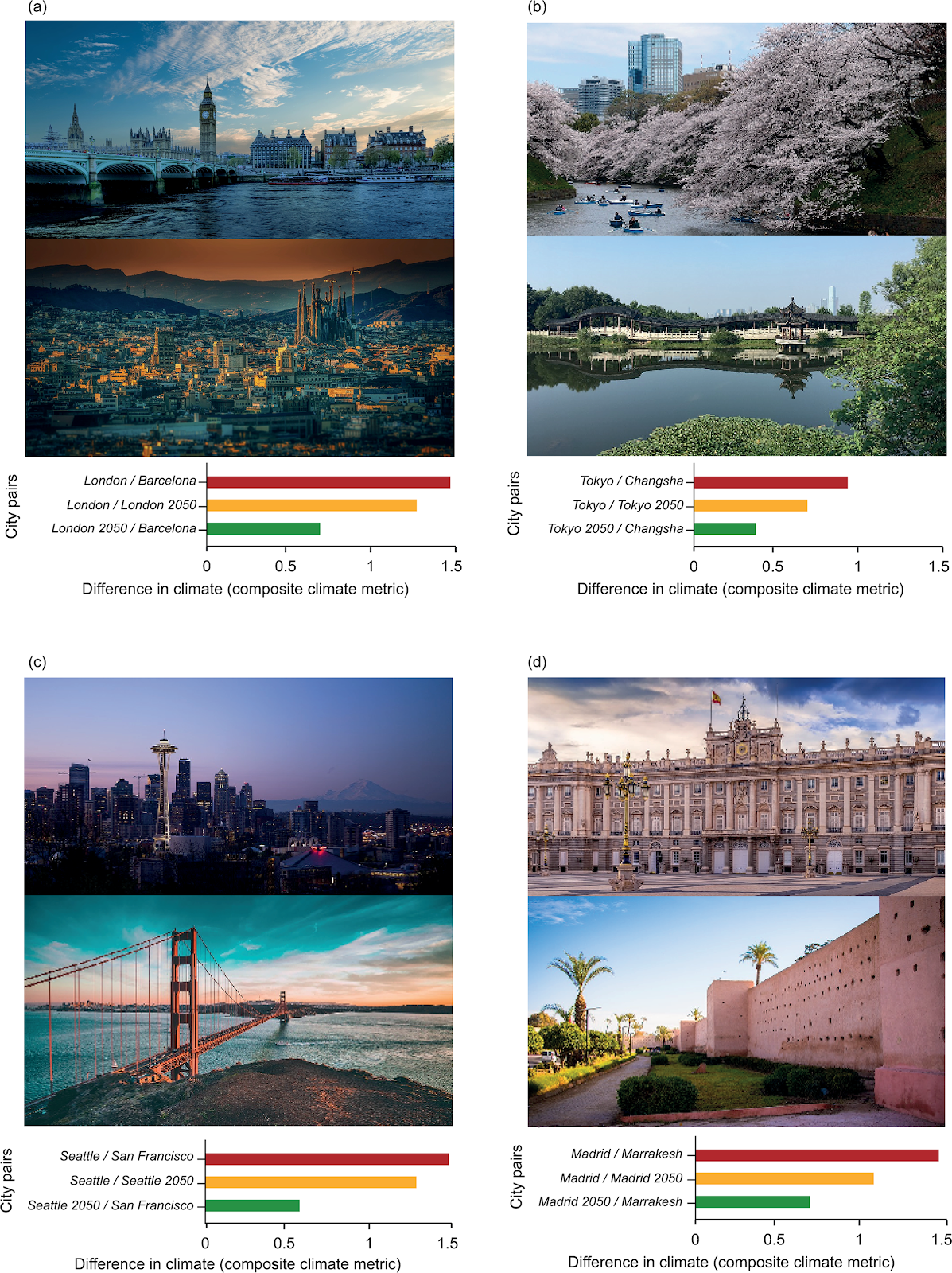 Bastin et al (2019) show the difference between future and the current climate for four cities and an example of their similar current counterpart.

No doubt, the vast changes in climate will have consequences for these cities. Luckily, two complementary strategies — adaptation and mitigation — can help in the fight against climate change. While often lumped together, it is important to distinguish between the two.

Firstly, mitigating climate change requires reducing and stabilising the levels of what is trapping greenhouse gases in the atmosphere. According to the Intergovernmental Panel on Climate Change, the goal of mitigation is to avoid human interference with the climate system and to “stabilize greenhouse gas levels in a timeframe sufficient to allow ecosystems to adapt naturally to climate change, ensure that food production is not threatened and to enable economic development to proceed in a sustainable manner”.

Yet, we cannot ignore that, no matter what we do, there will definitely be some level of climate change because of the already existent accumulation of carbon within the atmosphere. Therefore, mitigation is not the only strategy we must use to create a better future for 2050.

The strategy of adaptation means adapting to the climate change already in the pipeline. The goal is to reduce our vulnerability to the harmful effects of climate change (like rising sea-levels). Additionally, the goal is to make the most of any potential beneficial opportunities associated with climate change, such as longer growing seasons.

As we mentioned in the first article of the Game on! “It's Our Turn!” series, climate change is not new. Throughout history, people and societies have adjusted to and coped with changes in climate and extreme conditions. Some societies have been more successful than others. However, for the past 12 000 years, the Earth’s climate has been relatively stable. Our modern life, including the beginning of agriculture 10 000 years ago, has become accustomed to this stable climate.

Earth’s temperature for the past millions of years demonstrates the relatively stable climate of the past 12,000 years (shown by the blue plateau).

But now, with the rise of human-caused global warming, we will face a changing climate and need to adapt again. Planning ahead can prevent some of the most threatening effects of climate change. For example, measures to adapt to the effects of climate change include improving the safety and sustainability of buildings and infrastructure, planting forests and restoring damaged ecosystems, diversifying crops so they are better able to adapt to changing climate, investigating and developing innovative solutions to prevent and manage natural catastrophes, and developing action plans for climate emergencies.

The Best of Both

Ultimately, a divide between mitigation and adaptation is unhelpful. Some methods and technologies can both curb climate change and cope with its impacts already. For example, protecting coastal wetlands, promoting the benefits of sustainable agroforestry, decentralising energy distribution, securing indigenous people’s land rights, and improving mass transits.

By balancing both strategies, we can overcome the threat of climate change and present a very different scenario for 2050: net-zero carbon emissions. This is the global target set by the 2015 Paris agreement, of which numerous countries have translated into national targets. 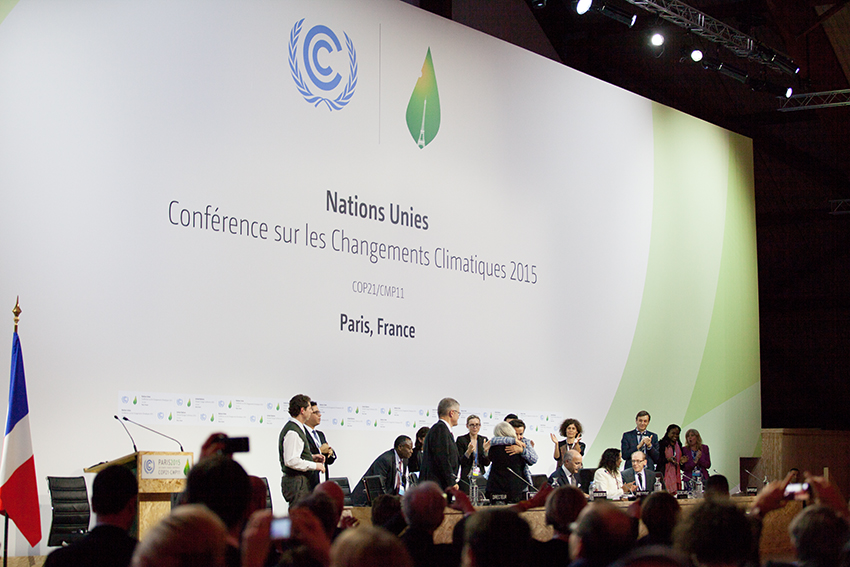 196 countries attended the United Nations Climate Change Conference in Paris, one of the most important and ambitious climate meetings ever assembled.

What exactly does net-zero mean? It refers to achieving an overall balance between emissions produced and emissions taken out of the atmosphere. This does not mean that all emissions have to be reduced to zero. Instead, some residual emissions produced by “hard-to-treat” sectors can be offset by removing carbon using natural or engineered sinks (i.e. taking carbon out of the atmosphere). However, in order to achieve net-zero, there are not only the challenges utilizing and creating the right technology but also social and political challenges in order to build support for these technologies.

A Dream or A Reality In the Pipeline

In the book, The Future We Choose: Surviving the Climate Crisis, Christiana Figueres (one of the architects of the Paris agreement) lays out two choices for our future. One where we do nothing. One where we join forces and reach our net-zero target. 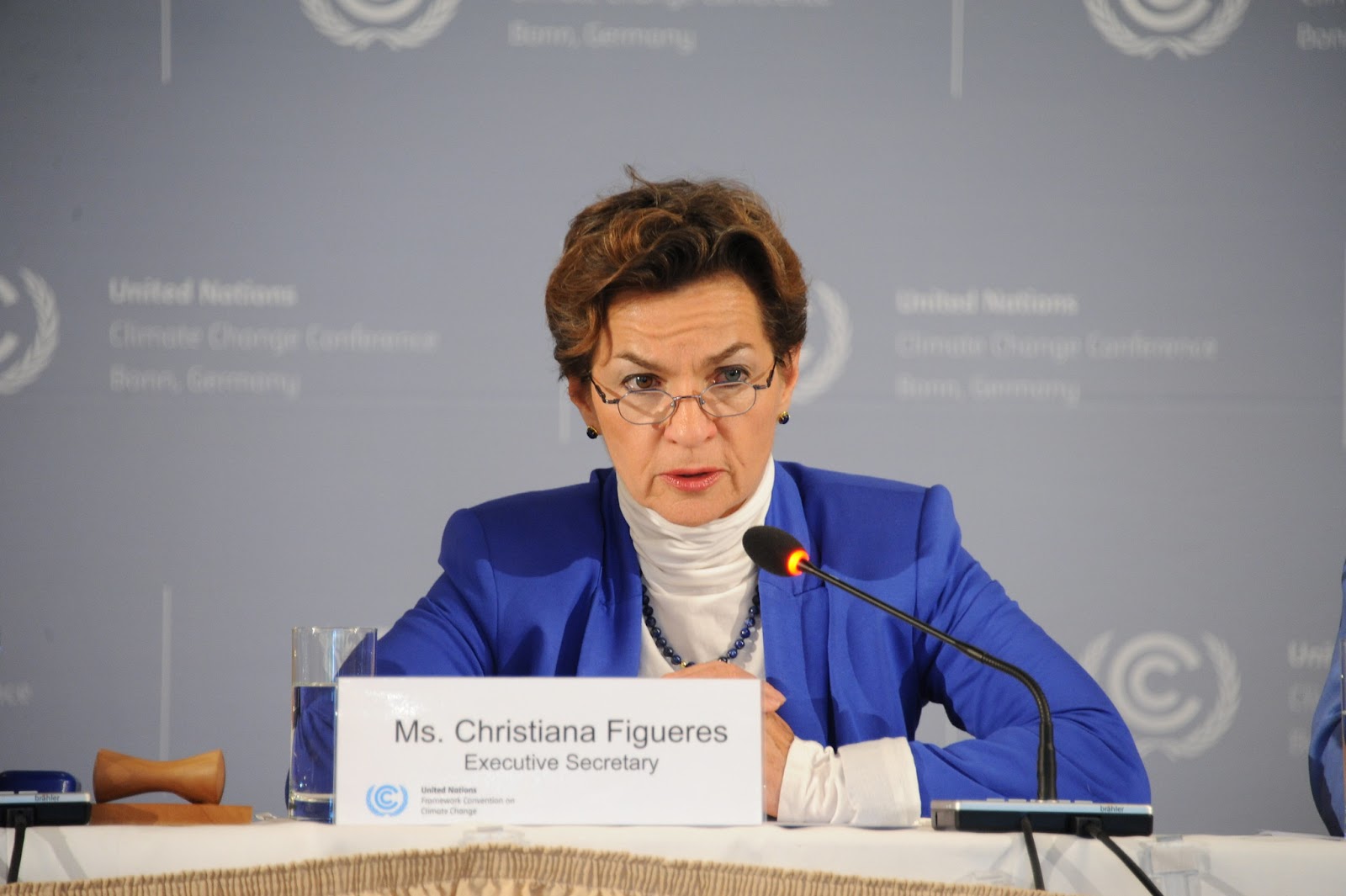 Christiana Figueres is a Costa Rican diplomat who rebuilt the global climate change negotiation process after the failed COP15 in Copenhagen and led the 2015 Paris agreement.

Ultimately, the path has not been chosen yet. Mass action is required to achieve both strategies and younger generations must be a part of it. After all, the choices we make will impact our future. Both adaptation and mitigation must be used together to address the climate crisis.