During an emotional ceremony in Sofia, the capital of Bulgaria, the most outstanding local activists, journalists, campaigns, businesses and politicians working for biodiversity protection and climate change mitigation were distinguished.

For a 9th time, Bulgarian Biodiversity Foundation organized its special yearly awards in order to promote the positive examples in nature conservation in Bulgaria, to encourage the nature conservation community and their activities and to inspire them to act further. This year, BBF paid special attention to the topic of climate change - one of the biggest global challenges requiring urgent personal and political action. 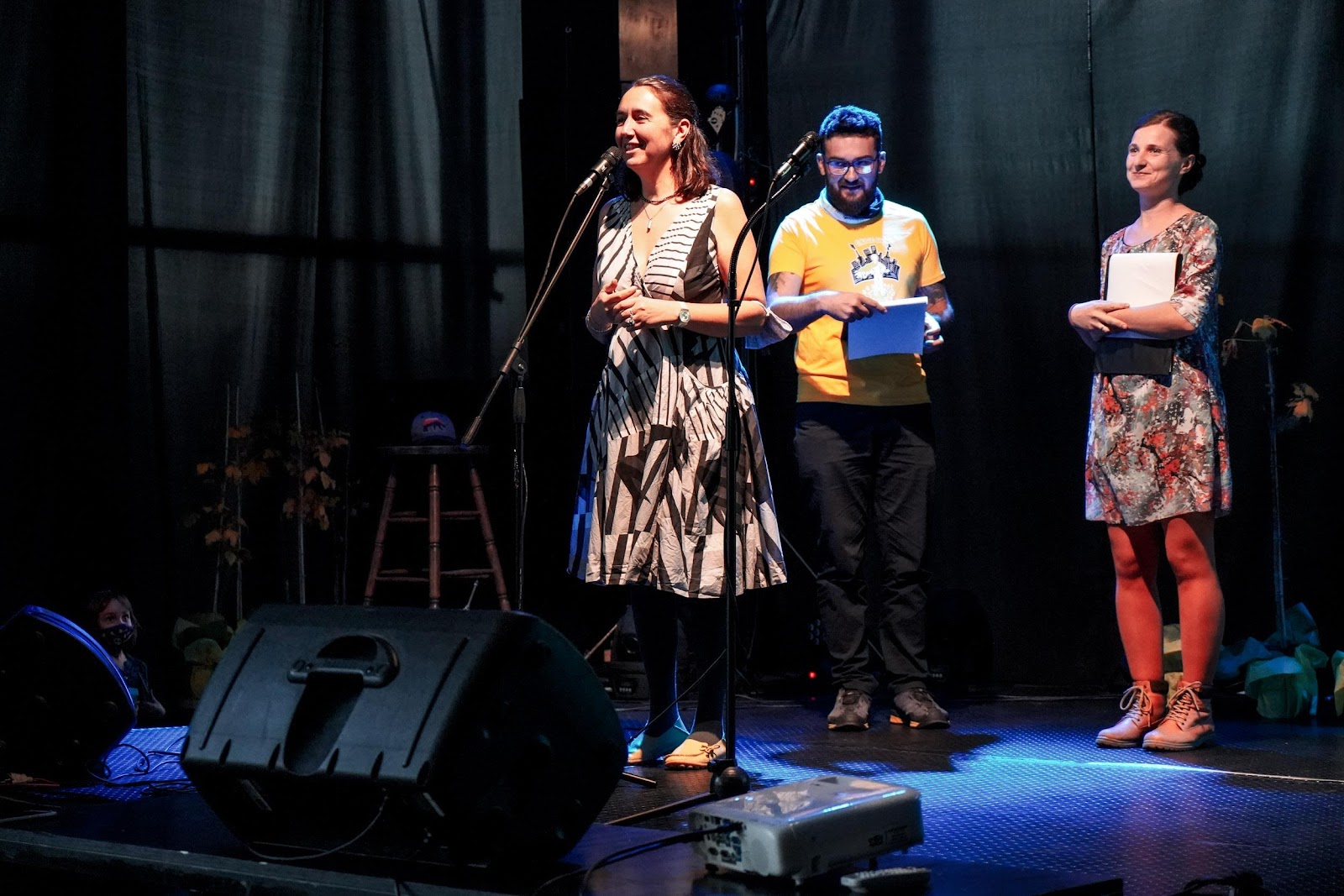 The nominated NGOs, media, businesses, activists and politicians were gathered at the special 2020 “Biodiversity and Climate Awards'' ceremony on  22nd October. Simultaneously, during the ceremony, an online streaming in Facebook made it possible for more than thousand people to participate in the event online, to feel the emotions and hear the powerful words shared by the winners.

All nominations were publicly accepted, everyone had the chance to propose their favorites and 58 entries in 5 categories were distinguished this year. The responsibility to choose the best of them was given to an independent jury made of popular Bulgarian journalists, writers, singers, activists, NGO members and entrepreneurs. In addition, a “public award” winners were chosen through an open public voting in Facebook which involved more than 7000 users.

“The most successful campaign for protection of biodiversity and climate” was the most competitive category and 23 initiatives were nominated for the prize. The jury’s favorites were WWF Bulgaria and National Association of Parks and their successfully won court case for the protection of Pirin national park. Pirin national park, except for being a protected area, is also a Natura 2000 and UNESCO World Heritage site. Nevertheless, the escalating ski development interests in the last years, led to the adoption of a damaging management plan for the park which was accepted without any environmental impact assessment. The Pirin case is symbolic for the Bulgarian society and the court case itself will have a long-lasting effect not only in Pirin mountain but it will show the possible way how to stop other similar cases where the national and European laws for the protected areas are being broken. The award of the public went to “Climateka.bg” – a newly formed initiative created by university lecturers and motivated young people, who aim to present in an easily understandable manner the complex scientific information about the changing climate.  For a few months only, the web platform’s team created nearly 50 publications on climate change and its effects on agriculture, biodiversity, economy and energy. 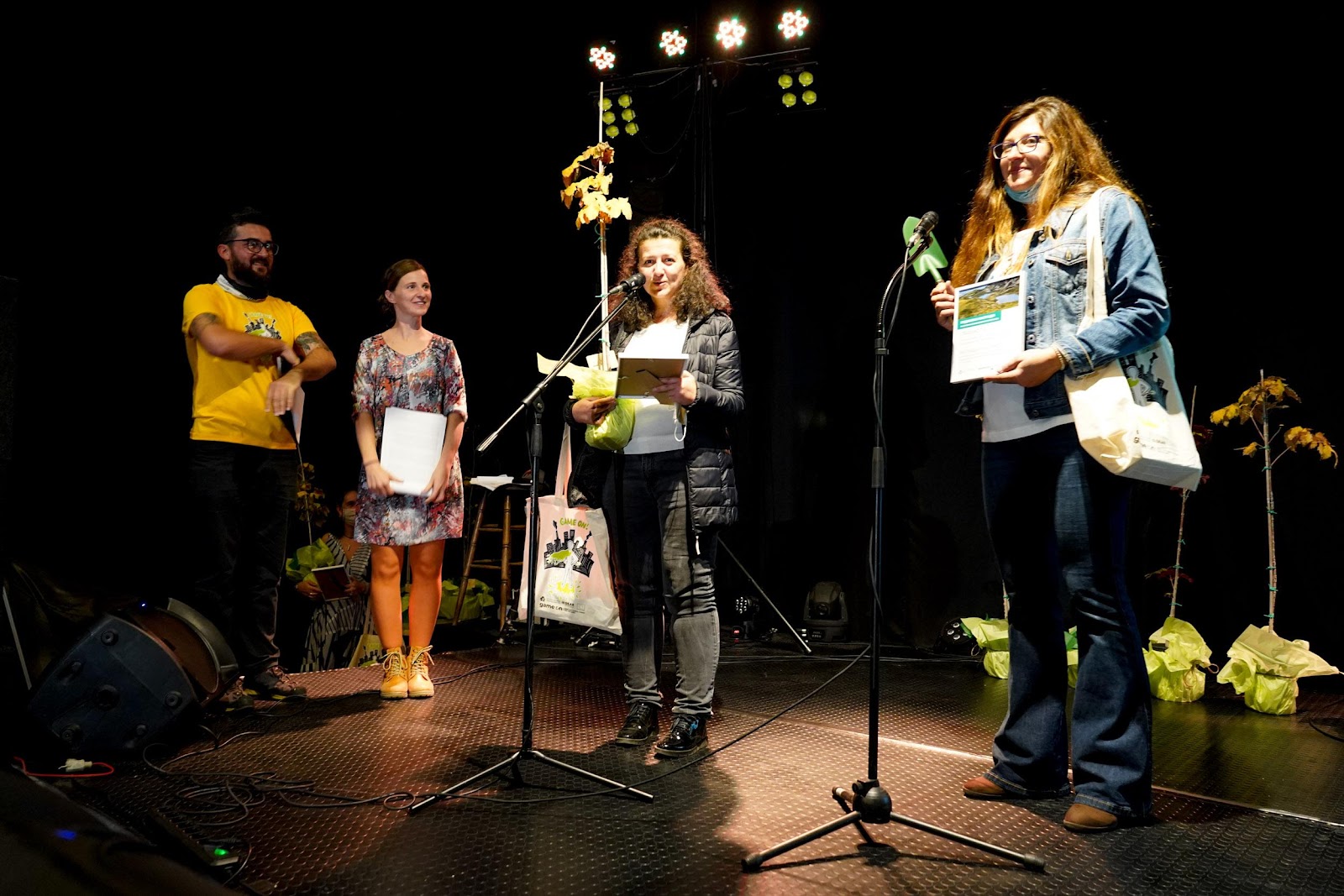 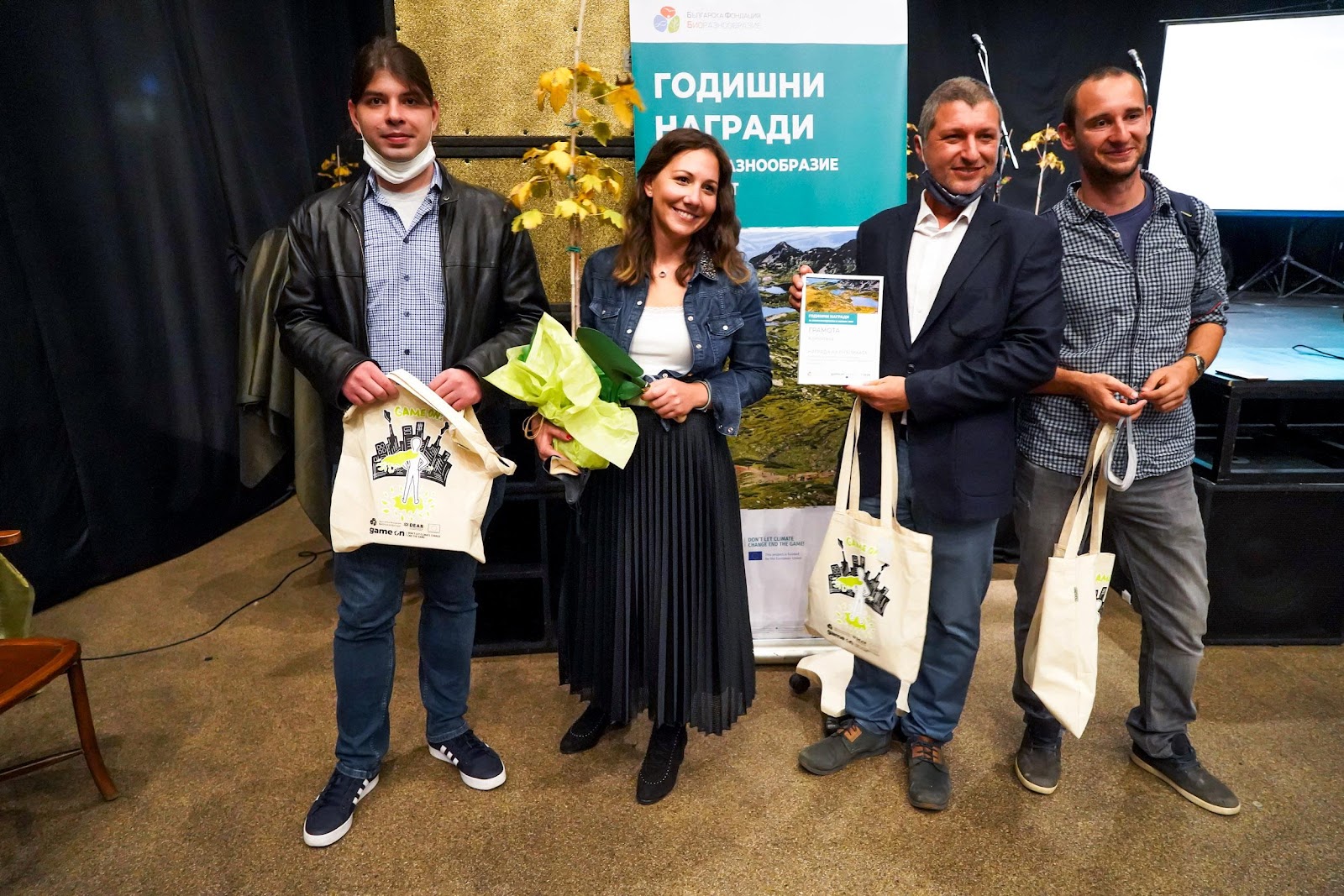 A big amount of quality nominations in “Best media publication connected with nature and climate protection” category were received and “...although the press freedom in the country is the lowest in the EU, we are happy that there are still enough journalists fighting for their beliefs and protecting the truth”, said the organizers from BBF.  The prize in this category was awarded to a media group BTV that had several strong publications last year. The jury’s award was presented by the director of radio Sofia – Iva Doychinova, who encouraged the independent journalists to protect their principles even though they are forced to work in an environment of “complicated economic and political crisis”.

This category was fiercely competitive during the online voting. With 3341 votes, the online media “Bivol” was strongly supported which reminded once more about the crucial role of the independent investigative media outlets in the protection of common natural resources. 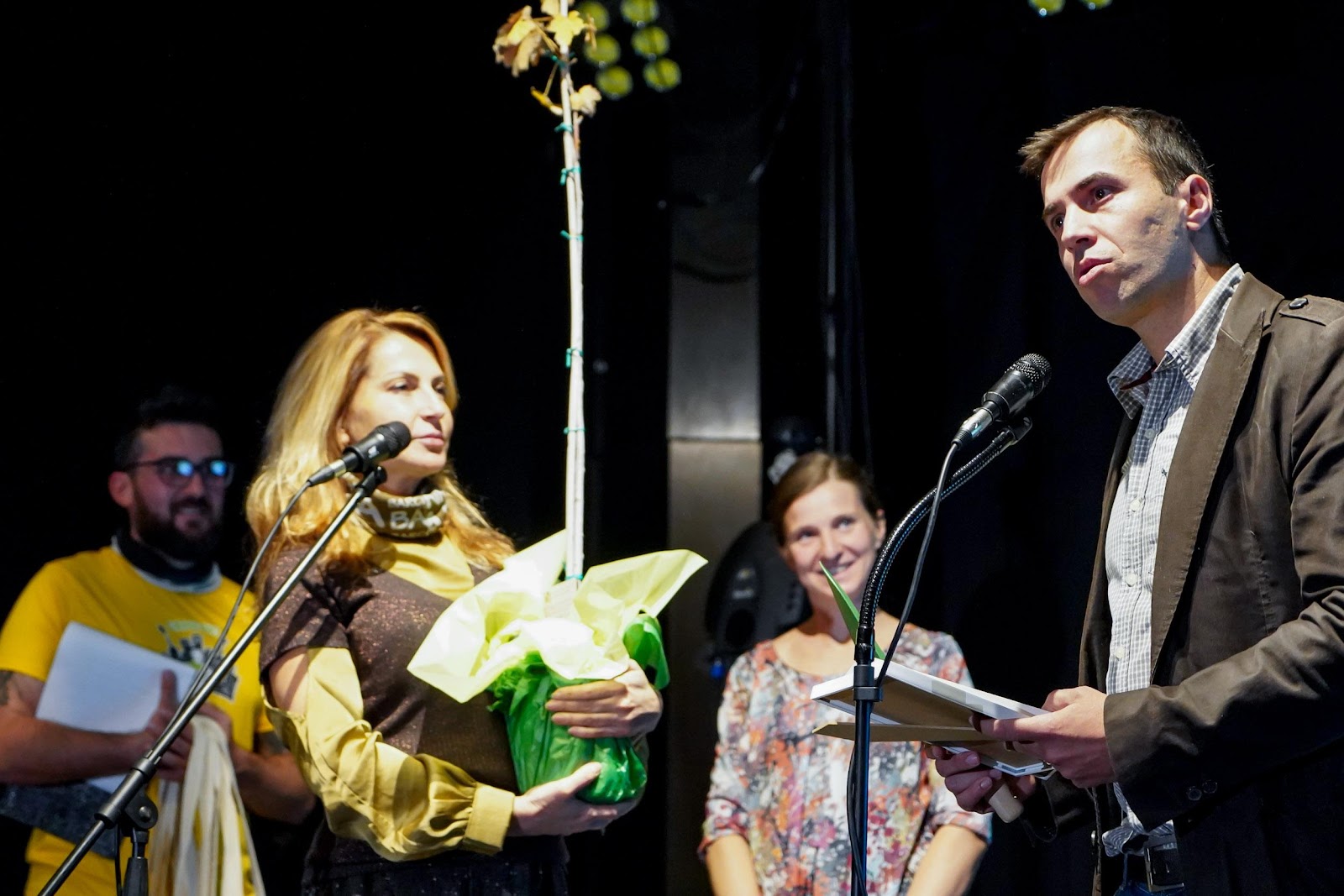 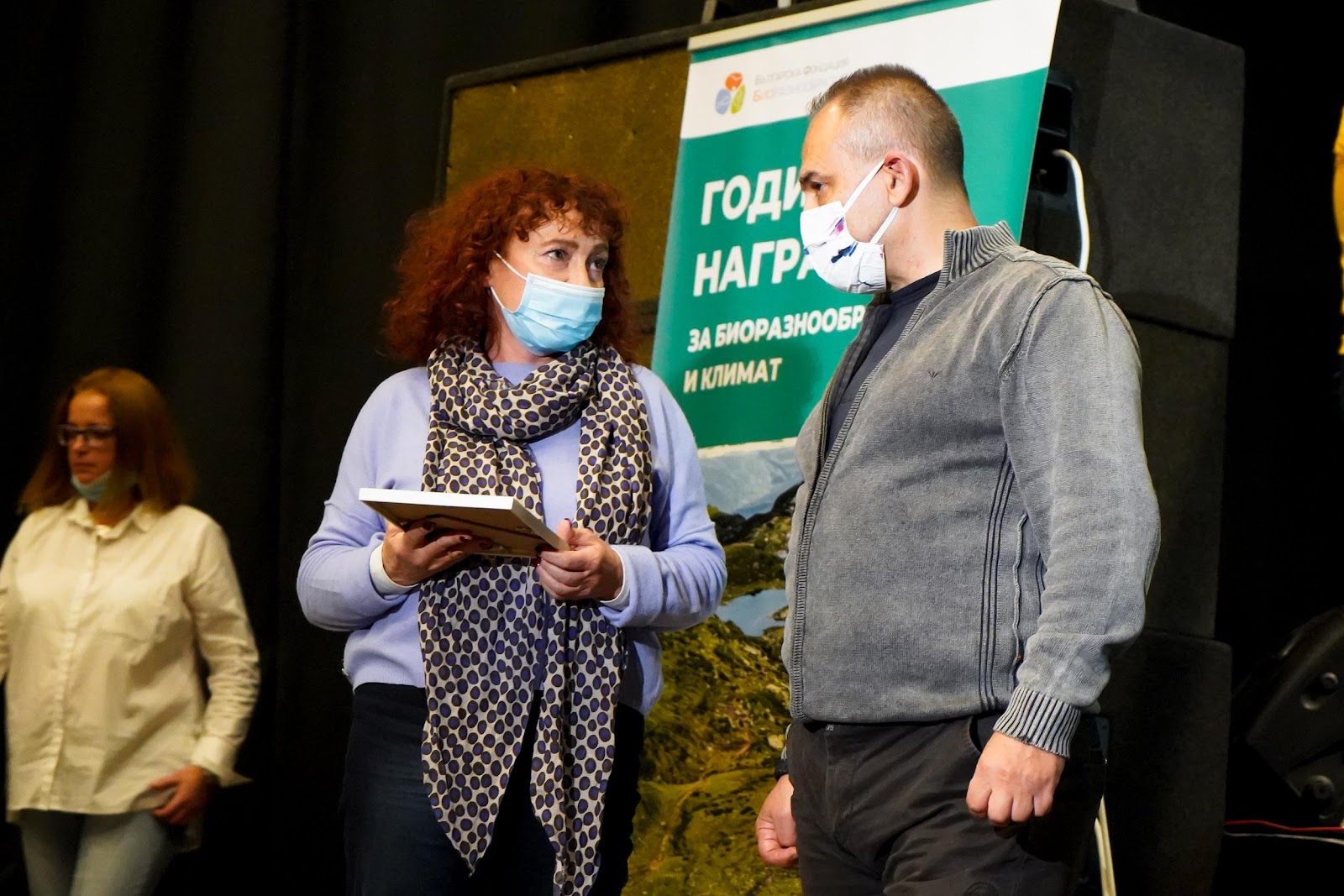 Kremena Vateva who was brave enough to speak up and organize a protest which lately grew up in a nationwide demonstration against the illegal construction on the Bulgarian coastline and Natura 2000 sites, was in the spotlight of “Activist for the nature” category. The public supported Hristo, who has spent the last 10 years of his life traveling the Bulgarian countryside and teaching locals how to revive old trees and to safeguard traditional varieties of fruit trees. 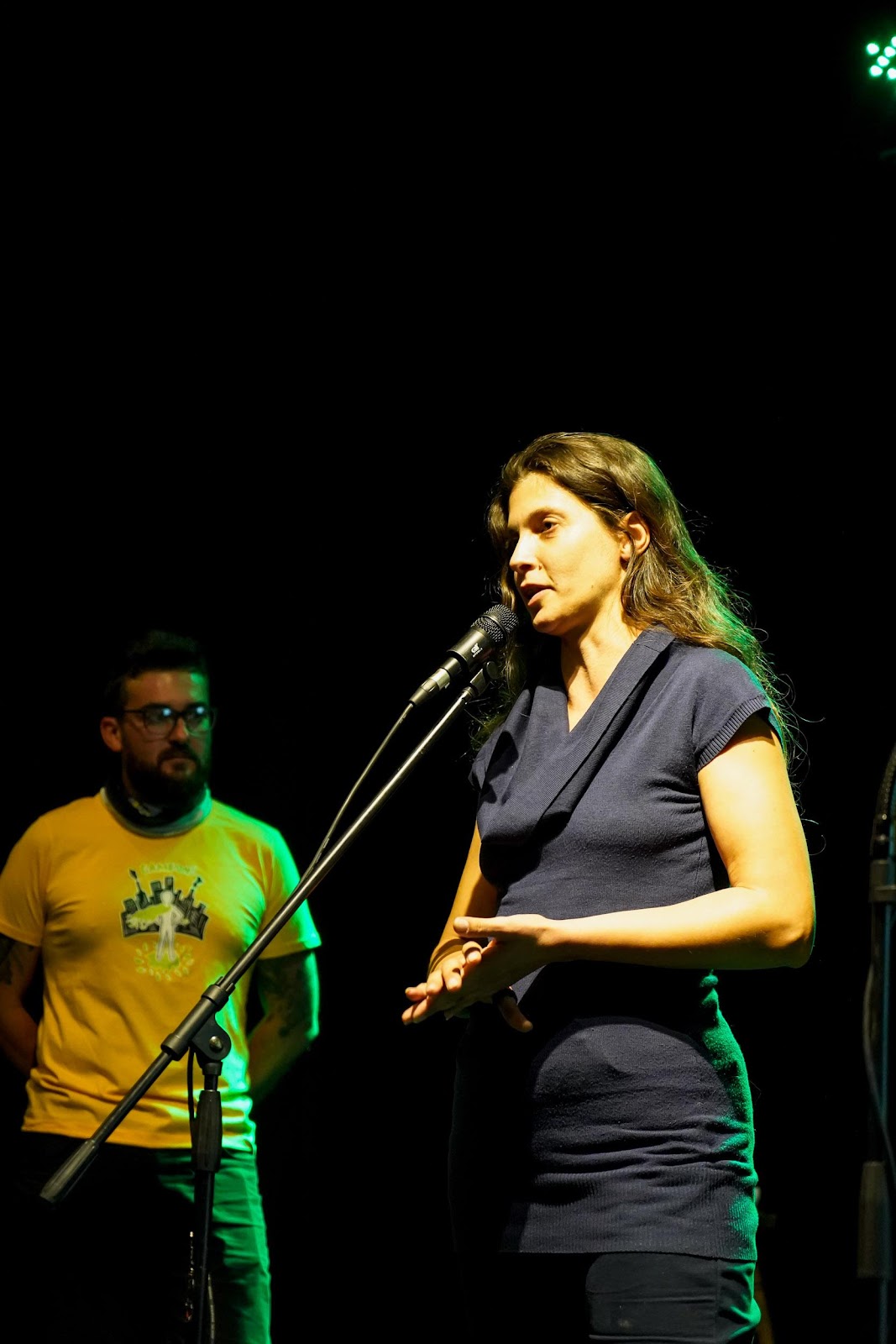 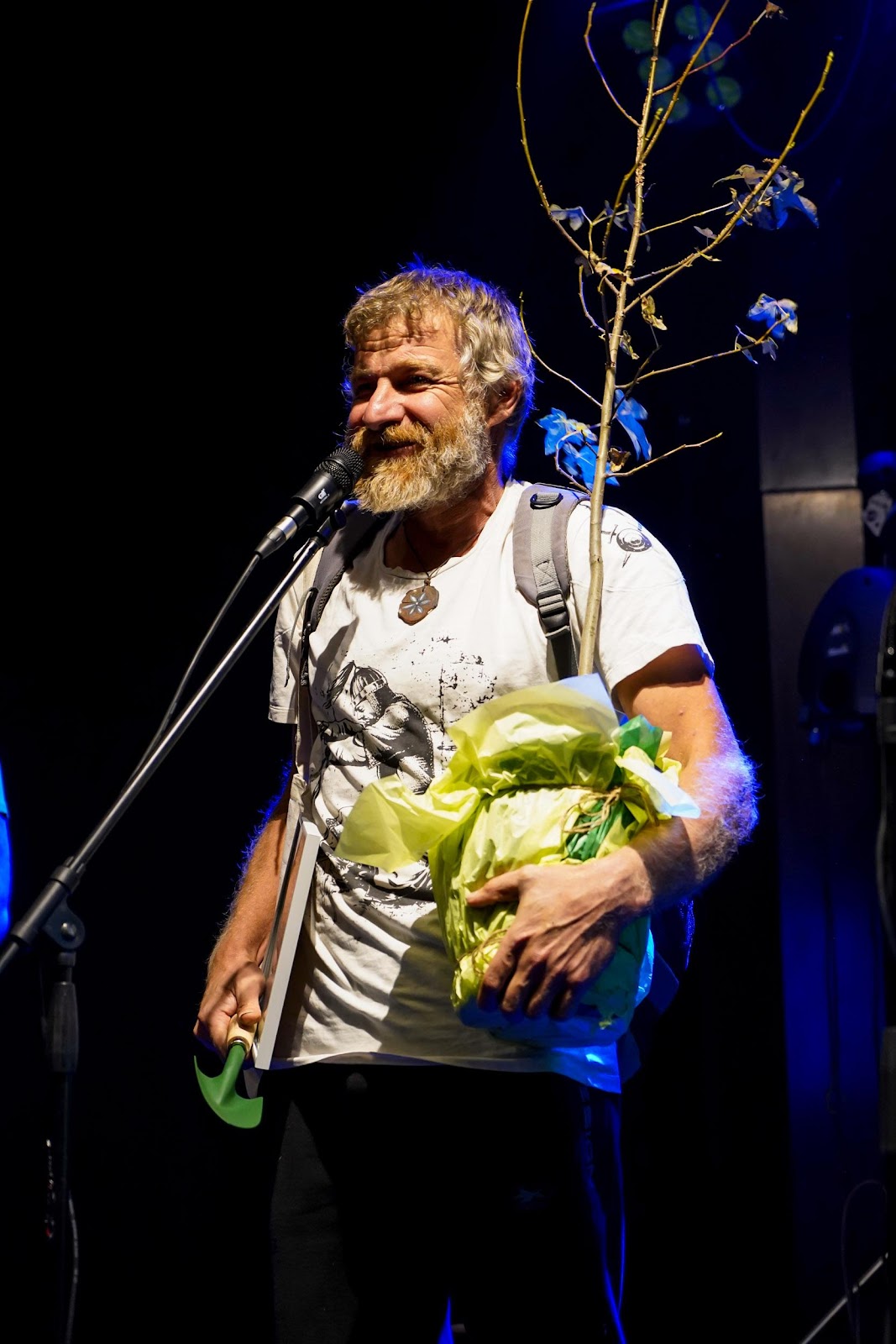 The category “Politicians caring for the Bulgarian nature” received only three nominations. The reason behind that is probably the fact that recently there were several national demonstrations for breaking the nature legislation, followed by more than 3 month-long protests asking for government resignation due to corruption and poor state prosecution.

The jury decided that Toma Belev – a member in the city council of Sofia municipality deserves the prize for his effective decisions and transparent actions in municipality’s management. As a prominent member of nature conservation society and being well-experienced in policy making, he recently joined politics to fight for environmental justice. The mayor of a smaller Bulgarian town - Botevgrad - Ivan Gavaliugov – received the most of public’s votes, for his commitment to environmental protection policies in the municipality. This year, he was the first mayor to join an initiative for protection of the old-growth forests, which was lately awarded by the European commission in the Natura 2000 awards. 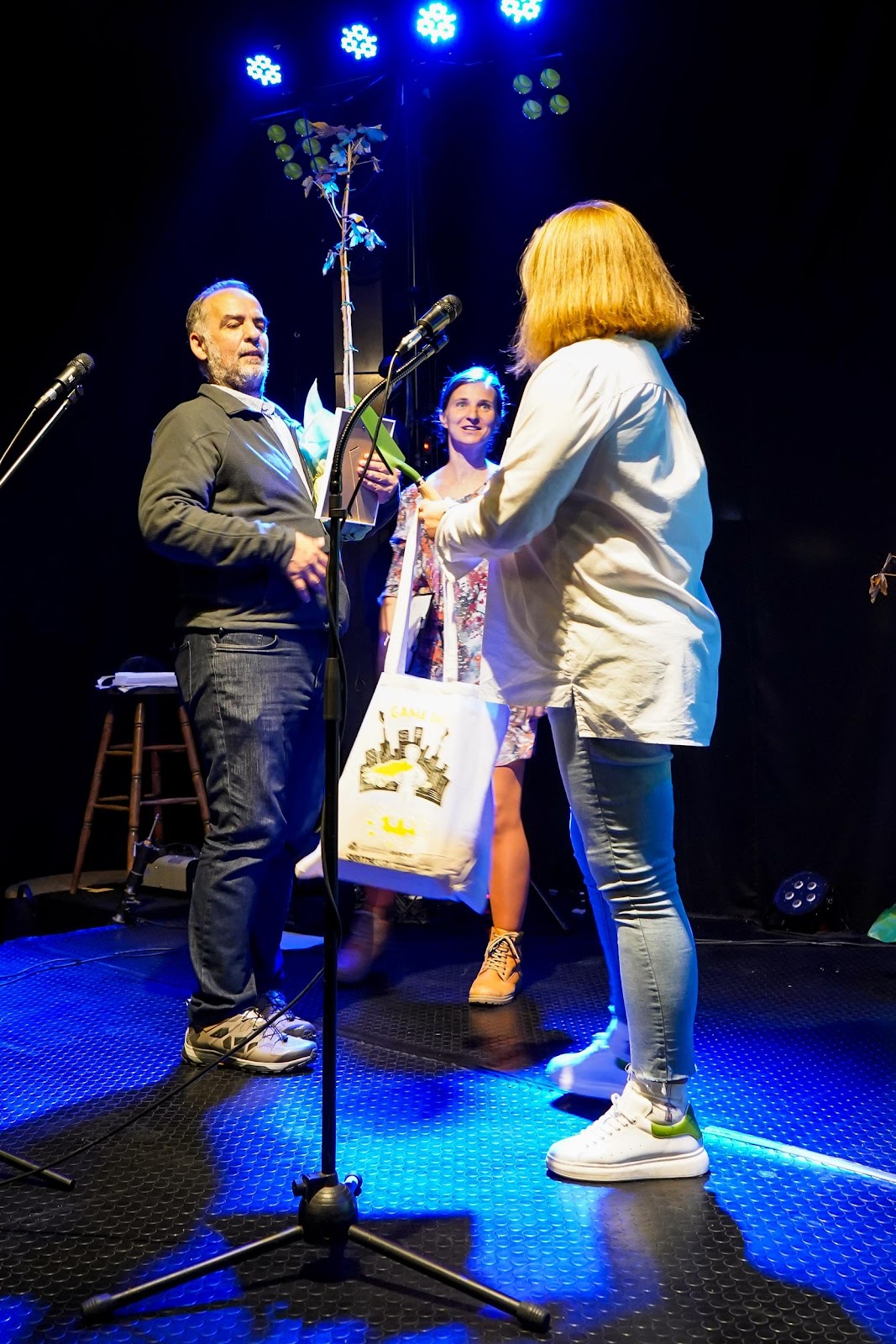 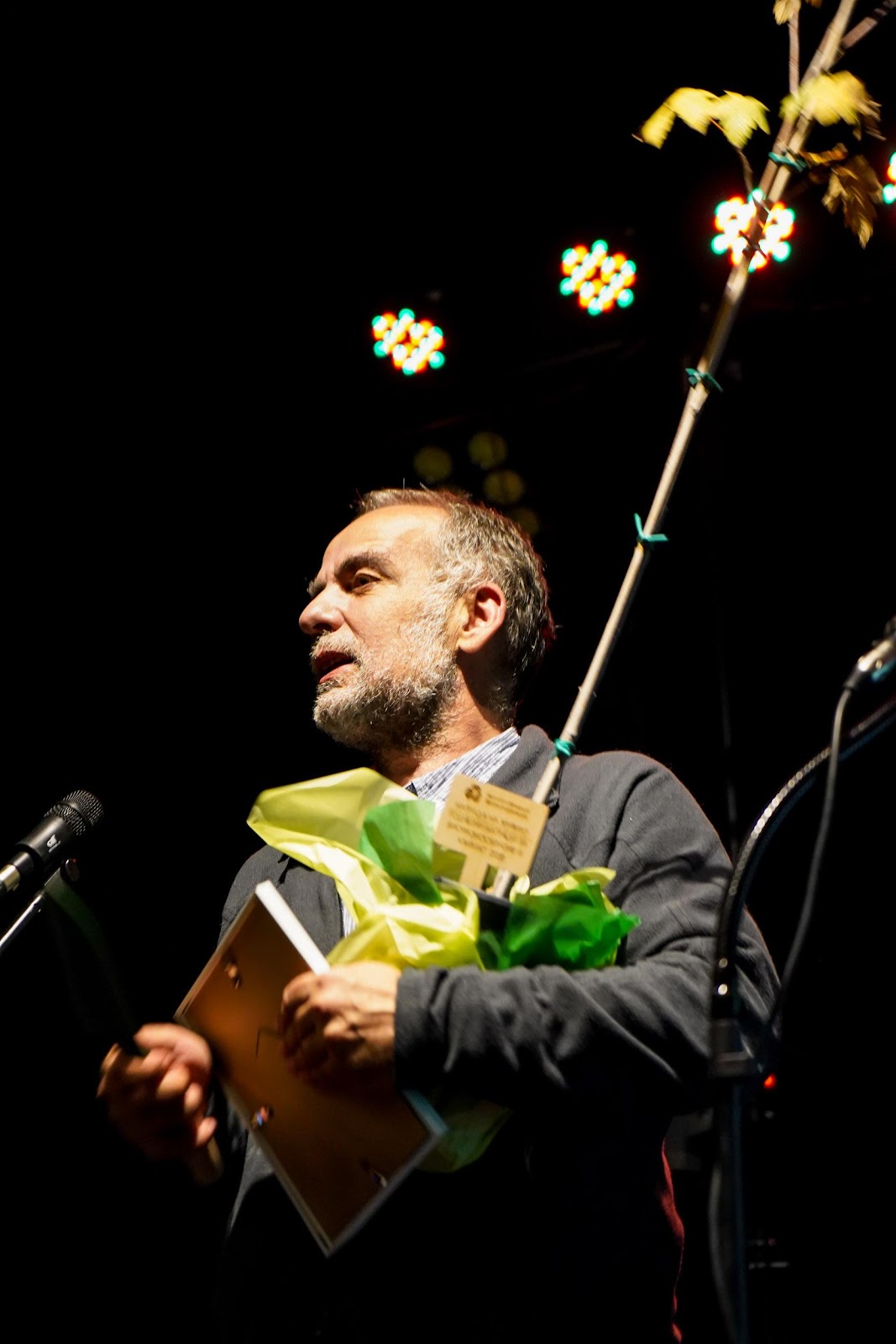 The first place in the category for “Responsible businesses” went to “Gaiot chocolate” – a small family company which uses salt from “Atanasovsko lake” in their products and donates 7% of their profit for protection of the valuable lake itself. “Green Strandja” - another business combining nature protection and regional development was the winner of the public. With their initiative “Tour Strandja”, they offer a 17-day-long trip by foot or bicycle which brings nature lovers to this “beautiful mountain while helping locals develop tourism and connected services on the tour”. 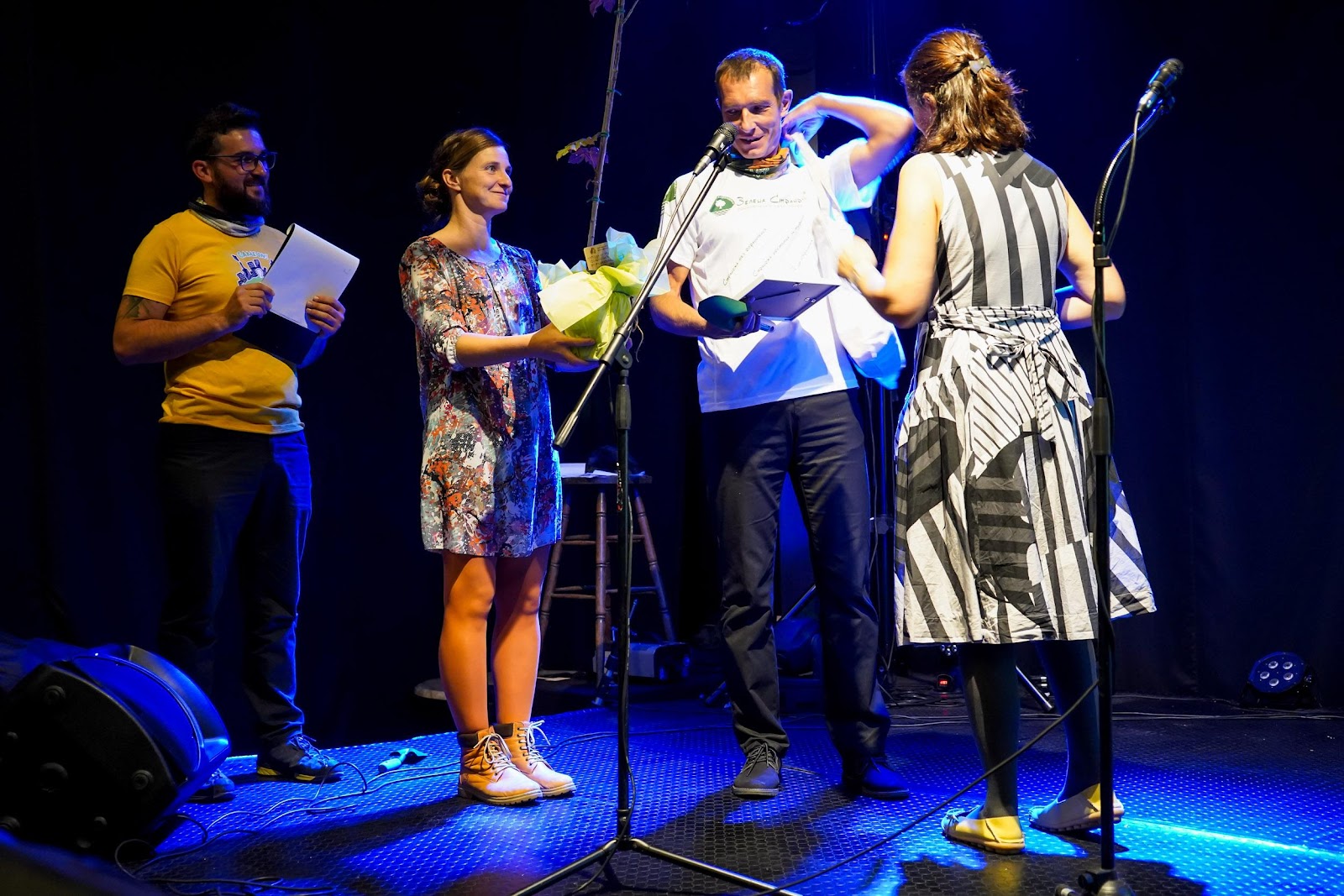 The most emotional part of the ceremony was the presentation of the “Аward for overall contribution”. It was given to Boyan Petrov – the most famous Bulgarian alpinist, scientist and explorer who lost his life in 2018 while climbing his 11th eight-thousander – Shishapangma. “This is our most important prize, the most valuable for our hearts and we always give it to a person who has unspeakably contributed with his work to nature protection in Bulgaria”, said Rumyana Ivanova – BBF’s executive director. Boyan Petrov was also a chair of the Biodiversity Awards jury for several years, and was closely supporting all nature protection campaigns in Bulgaria.

As a gift, all winners received a tree with a root, a symbolic scapula – to keep digging in their fields and various GameOn’s products like t-shirts, metal bottles and reusable straws. All nominated participants were also awarded with an honorable diploma because, as the organizers say, all nominees have done their best for the cause and because of their work we have a better nature protection, increased climate action, and indeed, a better country. All nominees are winners. 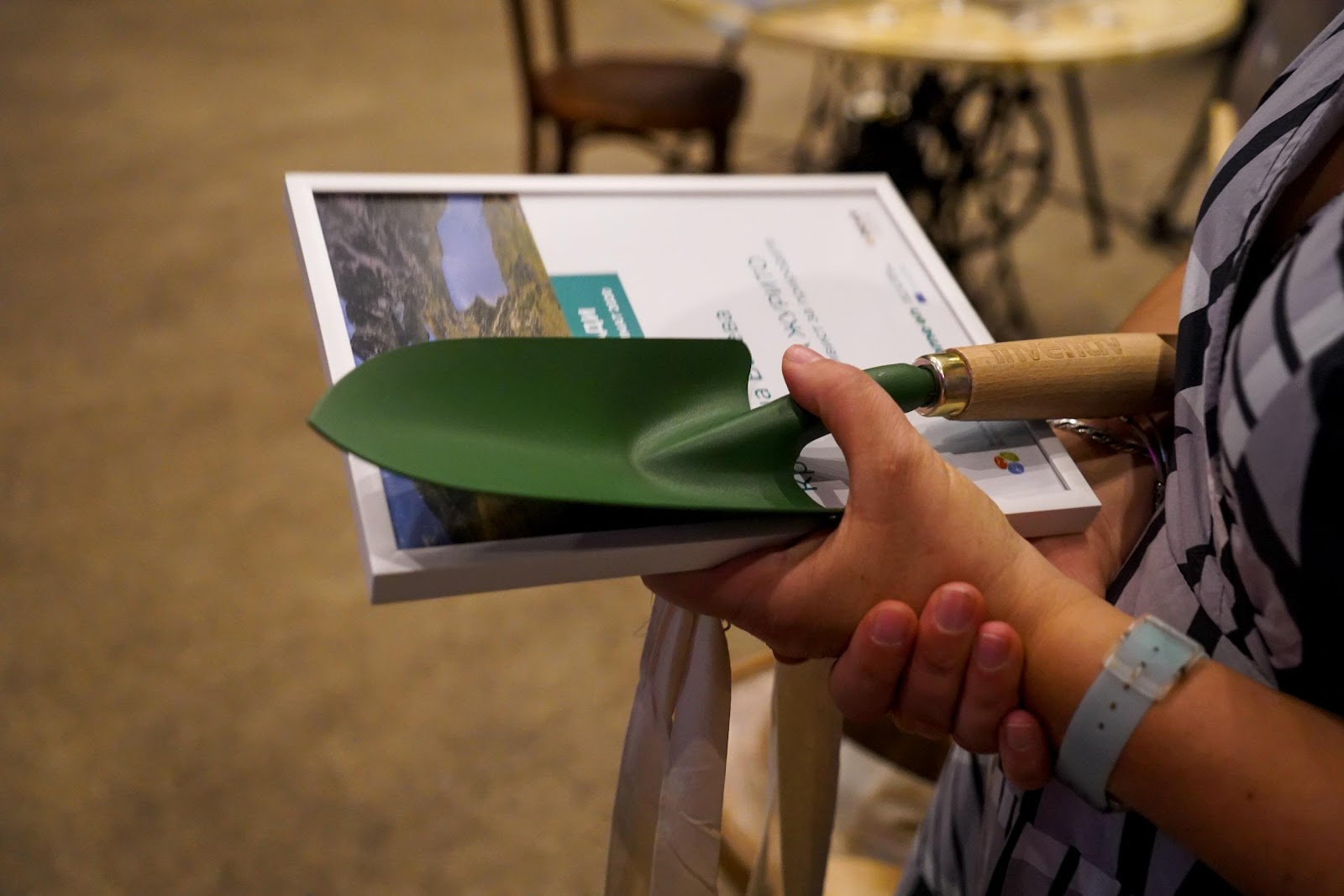 The official part ended with a live performance of a Bulgarian group “Kerana I Kosmonavtite”, that was also streamed online. 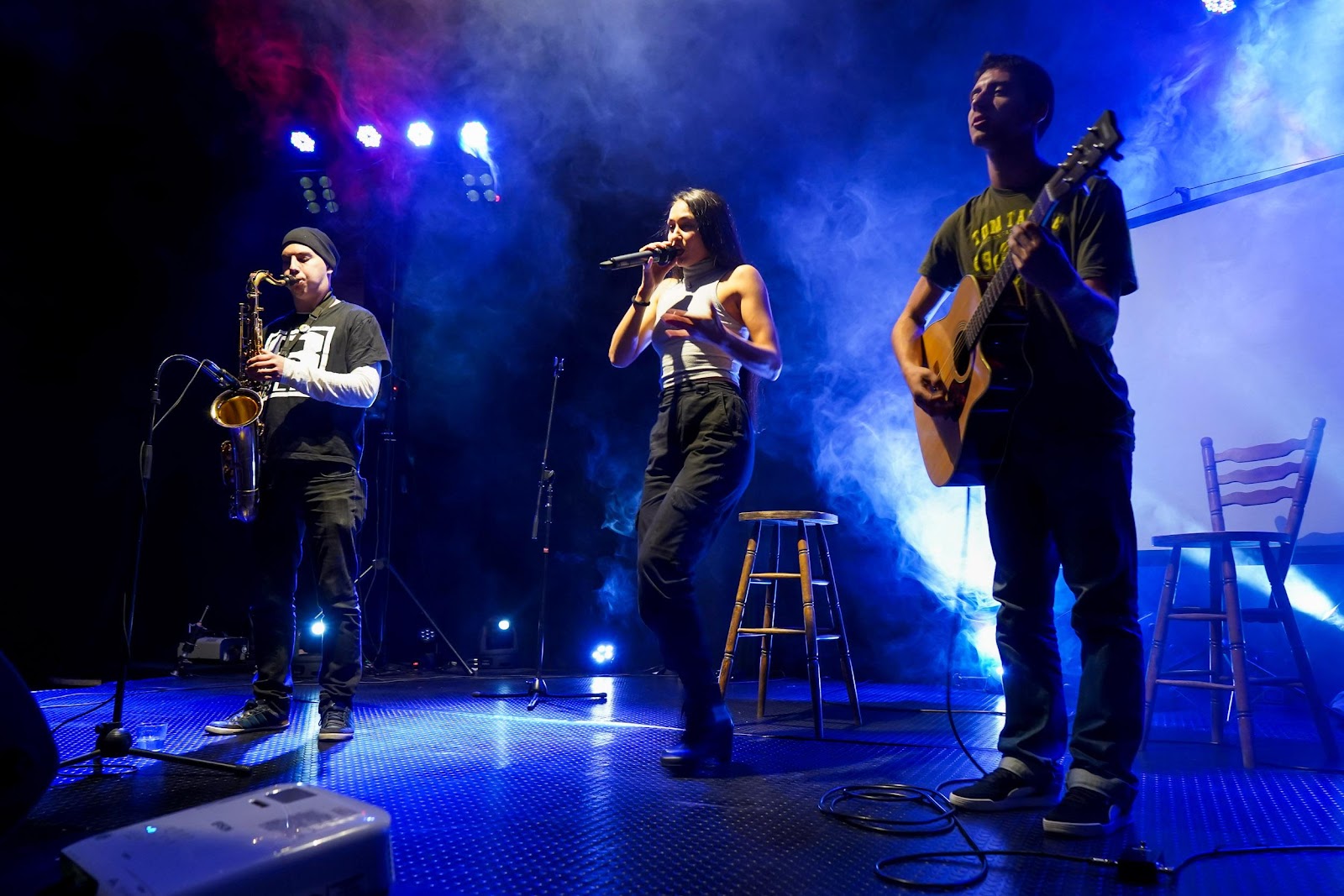 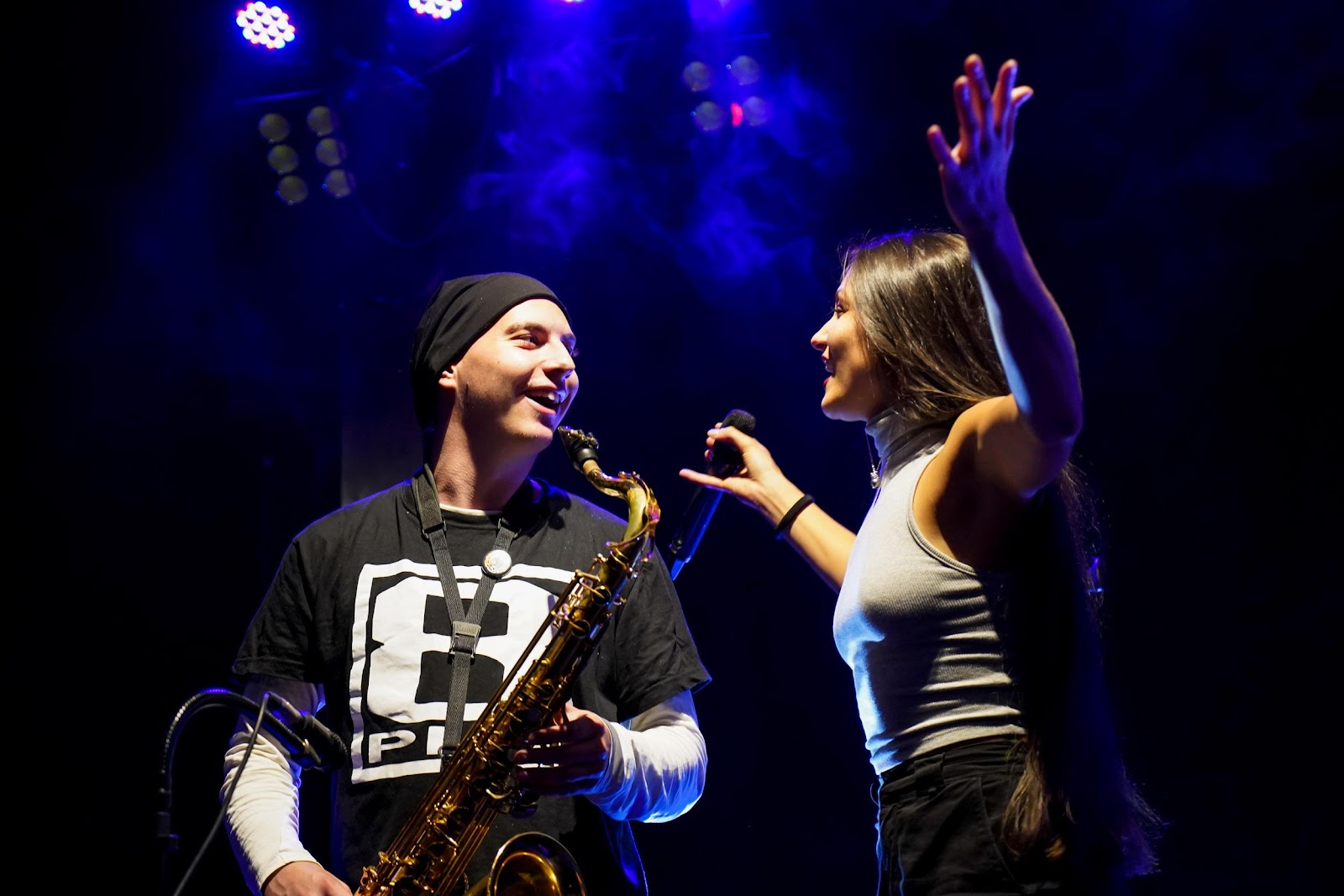 The event was organized by Bulgarian Biodiversity foundation and DEAR’s project ‘GameOn! Don’t let climate change end the game!”. A project aiming to involve young people in the topic of climate change and provoke them to act in order to mitigate its negative effects on biodiversity, natural resources, ecosystems and the life of humans in social, cultural and economic aspects.

Considering Covid-19 pandemic and giving its best to restrict the spread of the virus,  BBF held the event with a heavily decreased number of visitors and focused strongly on the online stream which attracted a much bigger audience than usual.

Thousands of people demonstrated in support of Natura 2000 Network in Bulgaria
юли 12, 2020
Dumbrăvioara, the Stork Village
май 26, 2020
Concept of Earth Overshoot Day visualizes global injustice
май 20, 2020
What habits should be kept after the quarantine is over?
май 15, 2020
EXCLUSIVE: Great Bustard nest found in Romania!
май 14, 2020
On 22nd of April, Bulgarian Biodiversity Foundation launched a campaign for young ambassadors.
април 22, 2020